For "Open Mic Monday", I'm welcoming back Author Tammy Dennings Maggy.  Today she's sharing a scene that didn't make the final cut for "For the Love of Quinn", but it's one she holds dear to her heart.  Enjoy!

This was originally a scene that I just toyed around with but ultimately decided to cut it since it sort of slowed the pace of the story.  It is a great scene between Derek and Steve.  Here Steve gets to ask Derek a bit more about Quinn, Jake and his connection to her.  In this scene, Derek is busy inking in the tattoo he designed for Steve, a portrait of his sister Quinn.  Since it was a surprise for her, Steve asked Quinn to stay out in the lobby until Derek finished it.
Derek had another station all set up with the inks he would need to do Steve’s tattoo.  He didn’t want to have anything out that would give a clue to Quinn what Steve had asked him to do.  Since he already did tattoos for both of his sisters that day, Derek was more than a bit amped up on adrenaline.  First his family and now the owner of the casino agreed to be his canvas for his art.  Nothing jazzed him more except performing with his band Quarter to Three. 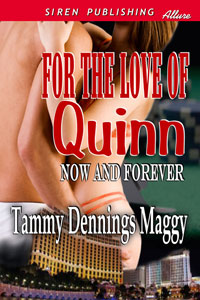