Secrets of the published author

I've been asked if there's a secret to getting published.  For awhile, I thought no.  Now I think yes.
I know people who've spent years revising the same novel, adding here, cutting there, expanding on one idea, tweaking another while they send out query after query to the same literary agents.  At my first fiction writers' conference, I met a woman who proudly declared that she'd been revising the same novel for twenty years, but no way in hell was she going to listen to the all of the agents who told her to cut the first five chapters because they felt the story started in the wrong place. Let me repeat that--"revising the same novel for twenty years" and "no way in hell was she going to listen."
Getting published requires forward momentum and an ability to let go.  Calling yourself a writer isn't enough.  There's work, self-discipline, perseverance and compromise involved.
My novel, Kiss Me Slowly, isn't my first.  I officially completed my 'first' novel, Dancing Barefoot, in 2001. Excited, I attended a writers' conference certain that a lucrative publishing contract was the obvious next step. (So naive...so naive...) I pitched to agents, even had two agree to read the manuscript.  This was it! This was gonna be the big reward!  Nope.  This was the beginning of my education.
I learned that writing a good story isn't the same as writing a novel.  Sure, I'd been a journalist for years and knew how to write.  But a novel is a living, breathing entity with character development, character arcs, subplots, and black moments.  It needs pacing, self-editing, and discipline.
In 2002, I attended the RWA convention in Denver where Nora Roberts said that knowing when to stop revising is important.  (The reason she's prolific.) I'm sure I'm paraphrasing after all these years, but she said she has a firm process with revisions so they don't go on forever.  First, she writes the skeleton, then goes back and puts in the organs, then the flesh, then the personality...and finally the soul. That's it...then it's time to let go.  As writers, we can rewrite forever.  Perfection eludes us.
So I put down Dancing Barefoot and moved on with other ideas.  Kiss Me Slowly is my fourth completed manuscript, but the first to sell.  My second published novel, set for release in late February 2012, is actually the second manuscript I completed.  Following me here?  If I'd hung on to D.B. all these years, tweaking and hoping...well, I'd still be aspiring, too.  Instead, I cut myself off, believed that I had more than one novel in me, moved forward, learned along the way, listened to mentors, and wrote every single day.
When I hear aspiring authors talk about revising (again for the 100th time) rather than submitting, I cringe.  A book doesn't get born by staying in the womb.
When I hear aspiring writers make excuses for not writing every day because they've got "a life to live", I think, "I write every day, solo parent, pay my bills, take care of the house...and so does every published author I know."
When I hear aspiring authors scoff at my advice because it sounds "opinionated", because they're "different" and they're gonna get a million dollar advance with movie rights for their debut novel that the world is simply dying to read, I smile. Maybe they will...who knows?
There are secrets to getting published--hard work, self-dicipline, belief in oneself, revisions with an end time, forward momentum, perseverance, compromise, willingness to learn, letting go and writing every day.  Every.  Day.
Write on! 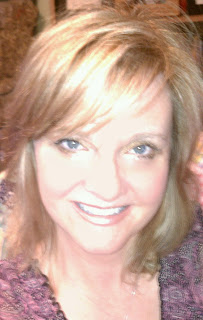