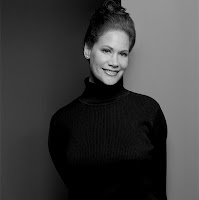 I’m Joanna Lee Doster, author of the recently published mystery thriller “Maximum Speed: Pushing the Limit.”
I transitioned from writing a non-fiction book “Celebrity Bedroom Retreats” (Rockport Publishers), celebrity profiles and decorating columns to writing fiction due to a powerful need to express myself with expansive epic stories, multi-layered characters that have interesting stories to tell. Thrown into the mix is my new found interest in the world of stock car racing, “Maximum Speed: Pushing the Limit” was created out of my dreams and stories churning in my mind.
This novel is about three generations of a prominent family with deep roots in motorsports. Mixed in are exhilarating car races, chase scenes, fiery crashes, intrigue, heroics, skullduggery, romance, and so much more to keep the reader on edge.
My core message is that “Maximum Speed: Pushing the Limit” is a metaphor for life. People are racing either to or away from something. It’s not so much their destination that determines the type of person they are. It’s their journey to the finish line that determines that. Everyone chooses the path they take in life and how they travel on that path defines them. 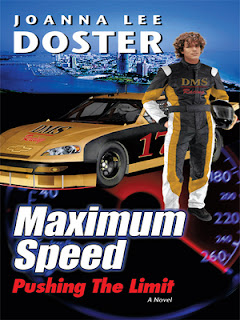 The hero, twenty-three year old racing driver and two time champion is Sean Devlin, the son of the prominent owner of Devlin Motor Sports. Sean presents himself to the world and the people around him as a carefree, adventuresome hot shot who has an idyllic life. As the book unfolds, the reader finds out that Sean has been living a lie and that the true reason he has always been a daredevil, making speed and danger his constant companions, has been to cover up a deep hole of loneliness and shame stemming from the painful stigma of his childhood stutter. I wanted to show that my character Sean mistakenly believed he had to overcompensate for his handicap. As Plato said, “Be kind, for everyone you meet is fighting a harder battle.” Sean’s mother force teaches him to drive right before his ninth birthday, thinking that speed and risk taking will make him forget about his stutter. Sean strengthens his resolve to overcome his dreadful childhood by focusing on the positive things in his life and re-channels his unhappiness into becoming a major force in racing. Sean finally realizes that he doesn’t have to prove himself any longer and as his girlfriend tells him, “Sean, it’s you who I love, not your trophies.” True heroes like Sean don’t need trophies for validation.
Sean is a composite of people I know and have known, as well as some superheroes from childhood. Those overcoming the odds on their journey through life are the ones we should really be envious of.
r
More about Joanna Lee Doster:
Website: http://maximumspeedbook.com/
Twitter: http://twitter.com/authorjdoster
Blog: http://authorjdoster.tumblr.com/
Facebook:
Author Page: http://www.facebook.com/pages/Joanna-Lee-Doster-Author/180302338723812
Book Page: http://www.facebook.com/pages/Maximum-Speed-Pushing-The-Limit/229948400351682
Amazon: http://www.amazon.com/Maximum-Speed-Joanna-Lee-Doster/dp/1450293980/ref=tmm_pap_title_0/184-8073313-0183427
Posted by Amber Lea Easton at 1:00 AM

Thanks so much for joining me today, Joanna! I have your book on my MUST READ list. I can't wait to get to it. I love your philosophy of "pushing the limit" being a philosophy for life. I'm going to adopt that as my 2012 theme, if you don't mind. :-)

Thank you, Amber, for having me as your guest on Open Mic Monday! It's been a real pleasure and a lot of fun.

'Pushing the limit' has always been my philosophy and it sure helps when it come to writing a book, which as you know is a tremendous challenge. Adopt it as your theme? I don't mind at all if it helps to drive you to levels you never realized. There is no greater pleasure than when we surprise ourselves!

Thanks again for inviting me and thank you visitors for stopping by for a look!