Let me tell you a secret...one of the best things about my job as an author is meeting other writers who blow me away with their talent.  It's a thrill beyond measure.  Today is one of those days when I'm in love with my "job" once again.  Welcome Kimberly Sherrelle to "Open Mic Monday"! 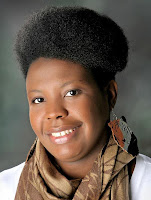 "Writing is about sharing your experiences with others hoping it will positively impact lives.  If writing were simply about me, I would probably never write again.  It is my responsibility as a writer to constantly walk in and out of the fire of silence.  It is my responsibility to give a voice to the emotionally mute.”  And accomplished writer Kimberly Sherrelle is not one to shirk her responsibilities.
Kimberly Sherrelle, the middle child between two brothers, raised in the intimate, bedroom community of Sylvester, Georgia, has always enjoyed writing.  Kimberly began her budding career at the wondrous age of eight penning plays and short stories.  In middle school she discovered poetry and used the imaginative genre to express some of her darkest experiences.   After graduating from Worth County Comprehensive High School in 1999 with several academic scholarships and accolades, she attended Albany State University and earned a bachelor’s degree in Psychology.
Not long after however, Kimberly discovered that she needed an outlet that would allow her to flex her creative muscle while empowering and edifying the seemingly hopeless youth in her town.  In 2005, this undeniably strong craving led her to shift gears, switch paths and become a teacher.  As rewarding as it was as an occupational choice, Kimberly still felt empty.   “I started to wonder, ‘How would I ever accomplish my life's goal of making a global impact on the Black community if I never left the classroom?’”  Her yearning to make an indelible impact by reaching and helping more people propelled her to move to Metro Atlanta and indulge her heart’s desire – writing.
Kimberly ardently began working on her first manuscript in 2008 because she realized that there are countless people in this world chasing the elusive and the intangible – true bliss – just like she was.  “I write for the people,” Kimberly reveals.  Writing gave her the freedom to dive and delve into thought-provoking, emotionally stirring, and uproariously entertaining topics with the intent of changing someone’s life with her words.
She made her publishing debut with Silent Tears: The Trials and Tribulations of Kimberly Sherrelle, a passionate and introspective book of poetry.  Readers of Silent Tears include none other than the honorable Dr. Cornel West (Black Activist) and Sharif Adkins (Actor).  In addition to publishing her second book, Wet Whispers, Kimberly is developing a series of children's books and continues to write poetry and short stories.  Kimberly juggles numerous activities outside of being a stay-at-home wife and mother.  She the host of Artistic Potential on WASU 92.7, travels frequently to various speaking engagements, and holds book signings at local venues. 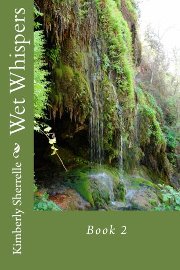 Wet Whispers is book two in the book poetry series by Poetess Kimberly Sherrelle.  Wet Whispers is about being honest about your emotions and speaking up.  Too often in life we allow others to "mute" our unique voice and speak for us.  A mute individual will never be a truly happy individual.  Wet Whispers is a book of HOPE.  Hope that regardless of the situation if you start being emotional honest with yourself and others, your situation can change.  However, in order for this positive change you seek to take place you must be HEARD.  This is what Wet Whispers is all about....Being Heard.

Books available on www.sherrelleink.com & www.amazon.com
As seen/heard on: 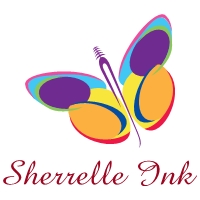 *Graduated from Albany State University in 2003 with a degree in Psychology.
*Started her company in 2008, Sherrelle Ink.  Sherrelle Ink offers writing and publishing services.
*Published her first book, Silent Tears, in 2009
*Dr. Cornel West and Sharif Adkins (Actor) both purchased and read a copy of her book Silent Tears.
*For 2 years she had a very successful internet radio show, Real Talk Radio.
*New host of Artistic Potential on WASU 92.7 FM Radio in Albany, GA
*Wet Whispers, her second book was released in Feb. 2012.
*Book 3, Naked, will come out next year.
Posted by Amber Lea Easton at 12:02 AM

I LOVE that quote. Thank you so much for appearing on my blog today, Ms. Sherrelle! Honored to know you. I wish you the best.