My feet are firmly rooted in terra firma

Rejection is part of the game as a working writer.  It's constant and, unless you have a thick skin, it'll stop you in your tracks.  It doesn't stop at publication either...rejection comes from the public and reviewers, too, so you'd better grow a pair if you're truly going to stay in this business for the long haul.

Lately--as in the past five months--I've encountered a strange breed of writers who have such a sense of entitlement that they think they don't have to deal with rejection of any kind.  They don't have patience for querying agents or editors because they feel their story "needs to be told, that there's no time to waste, and that the world is waiting" for them (an actual quote from a man I met).  They feel they don't need to go through the process of revising or listening to feedback because their writing "is the best the world has ever seen" and that anyone who disagrees with that "is jealous" (also actual quotes from another man I met).

Do you know how many years and how many rejections I had to go through before finally getting published?  Years of going to conferences, pitching to editors, querying agents, revising, bitter disappointments, hundreds (or at least it felt like hundreds) of rejection letters, learning as much as I could without getting any traction, and the constant social pressure with that damn question "publish that novel yet?"

Finally--after all the frustration--that "yes" came that rocked my world.

Do you have any idea how good that "yes" felt after all the work I did to achieve it?  Damn good because I earned it.  I paid my dues.  I understood that I didn't know everything, that talent sometimes needs polishing, that writing is an art but publishing is a business.  I learned.  I studied.  I dealt with the rejection letters, listened to advice from published authors, revised, released some of those ideals, let go of my ego and kept writing. 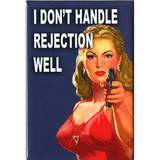 I'm grateful for the years of disappointment that preceded this time in my life.  I toughened up.  I lightened up and stopped taking myself so seriously. There's no such thing as overnight success.  Every best selling novelist went through years of obscurity first.  Every movie star has those films they cringe at doing when they were starting out.  Anyone who risks putting themselves into the public eye risks rejection, criticism...praise and validation.  It's all part of the same coin.

I'm writing this blog post because of the sense of entitlement I'm hearing from a few unpublished writers who have no patience for the process-- including reviews and editing.  Although unpublished, they know it all and are the exception to all rules.  Experienced authors' advice means nothing to them because they're "special". One of these unpublished writers actually said he won't need to promote his book because he's so good "the world will find" him.  Whatever.  Good luck with that.  It's as if they're living in a dream land where the red carpet should be rolled out for them as soon as they hit the street every morning just because they managed to write something.

In this tech age where everything happens "now", we need to step back and realize that some old fashioned ideas have stood the test of time for a reason.  Things like perseverance, hard work, dedication, education, and experience are valuable assets when faced with opposition--rejection--because those things build character and create wisdom.

This is not a veiled attack on self-published authors, some of whom I know and who have paid their dues, who have edited and revised until their eyes bled.  They are professionals who understand that rejection is part of the game, who want their work to be as good as it can be, who seek out reviews and who have "walked the walk".

Anyone who thinks they are above the process, that they are somehow better than all of those other authors who persevered through the fray, are going to have a hard time succeeding no matter how brilliant they think they are.


I'm grateful that I've been humbled along the way. My feet are firmly on the ground, no delusions of grandeur here.  It was a difficult journey, no doubt about it, and there were times I wondered why I kept banging my head against this wall called "publication".  At times I even felt defeated...but then I'd try again, often questioning my sanity for sticking with it.

Don't take rejection or constructive criticism personally.  I know that sounds ridiculous because it definitely feels personal, but instead use it as a tool and move forward.  We've all been there, done that and survived. 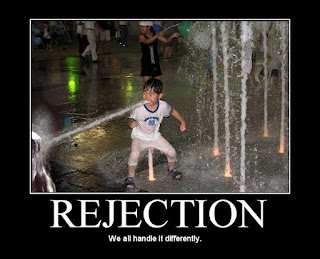 Well said, Amber! Every point ypu brought up drives it home. Keep working, changing, editing, rewriting and rewriting again until you get that wonderful YES! Having received another request to revise just today in fact, I am actually thrilled. My publisher took the time to read the whole thing and offer constructive critcism and guidance to help make it more to what they publish. I love that! Instead of the flat out NO they could have given me, they chose to nuture and encourage in order to see me succeed.

While I am self publishing my own novel I can still fully agree with this. I do not want to put my work out there haphazardly without making sure it is as perfect as it can be. I am using professional editors, proof readers and artists every step of the way so that when my baby is finally seen by the general populace I will know that even if it fails miserably it won't be because I didn't do things the right way.

Eric--exactly. Like I said, this wasn't in any way against self-published authors--especially because I may go that route one day and know many who are amazing talents. This post is about those people who feel that they don't need editors, promotions, reviews, feedback in any form because they are somehow "above it all". Trust me--I've had the strangest conversations over the past few months and it's made me shake my head in disbelief.

I'm a writer--I need an editor. I love the feedback I get from my editor because I know she's making me better. As an author, I want my story to be the best it can be before it sees the world because I want it to be read, not ridiculed. I'm aware enough to know I'm not perfect, would never presume otherwise. It's those "writers" who say things like I quoted above who scare me--and who give self-published and Indie authors a bad name, which is unfortunate.

Tammy--Thanks for your comment. I love feedback on my work, maybe it's because I was a journalist for so long, too, but I actually crave an editor's advice. Perhaps I've been lucky, but I have always had a positive experience with editors who spot things I've overlooked despite how many revisions I've made! Writers need editors--it's a symbiotic relationship.

Any unpublished writer who believes they are above criticism, rejection, compromise or promotion is in for a rude awakening. Being in the public eye--regardless of being published or self-published--makes one vulnerable to others' opinions. If they're not ready for that, they won't be able to handle it. It's hard being judged--especially if you believe you're the reincarnation of Hemingway. LOL (yeah, one of those guys actually said he was the next Hemingway...whatever.)

I also need an editor because I have a severe issue with commas! LOL I need her to "fix the commas". Ha. What would I do without her?! I'd have commas everywhere.