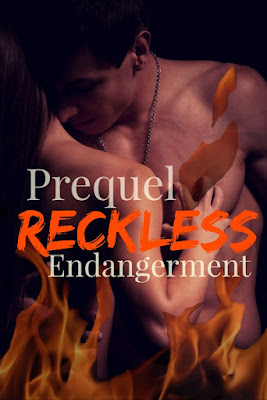 Rapid gunfire. Explosions. Raised voices. Total black out in this tiny room. They needed to move.

"Where's my uniform? We need to go." He didn't need to reach far to find her as she was plastered against his back. "Hope, c'mon."

"I don't know where Sally is. I thought she'd come back here." Her voice sounded ghostly through the dark.  He couldn't even see his hand when he held it up to his face.  Either that, or he'd gone blind, which wouldn't exactly be good for either of them right now. 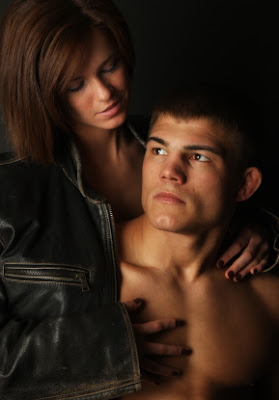 He coughed at the smoke.

With speed that startled him, she shoved his discarded equipment in his arms. He heard more rustling and knew she gathered her bag.

“How did you find it in the dark?”

“Sixth sense, I guess. It came in handy when I used to sneak out of my mom’s house as a teenager.  I could crawl through the woods with the stealth of a mountain lion.”

He laughed at both the image and her words. “Sneak out a lot?”

“Yeah, I was a real nightmare of a kid, always looking for a way to circumvent the rules. I'll hand it to my parents, though. They figured out reverse psychology pretty quickly."

He smiled in the dark. He didn't know what he'd ever done good in his life that a woman like her had loved a guy like him, but he thanked heaven for taking pity on him.  “I'm getting us out of this, babe. Stay behind me, do as I say, and don't get killed.”

"Don't get killed. Wow, great advice, Colonel. I'll try." She collided into his back.

An explosion, close from what he could surmise, thundered against the wall. Yelling outside the door snapped him to attention.  He found her shoulder in the dark and pulled her close.

“Be ready to move fast,” he whispered against her ear.

“This coming from the man I half-carried here?”

Training told him the sounds outside the door were not good.  He felt around the edges of the door and frowned. Gunfire from the other side of the door tensed them both.

If only he could remember what the outside of this hall looked like, if only he had been conscious…he grimaced and held the gun in one hand while the other gripped her hand.  The smoke worried him.  They could be walking right into disaster.  Not could be.  Most likely were.

Silence outside prompted him to edge open the door.  A barrier stood there, outlined by orange light.

“A pantry,” she whispered against his chin.

Expelling a quick breath, he edged the cabinet with his foot. A body of a woman blocked it from opening all the way. Flames engulfed the house. Gunfire silenced the screaming from down the hall.

“Marishka. Oh my God.”  She stopped and stared down at the blood seeping from the woman's head.  She'd died outside the pantry. Protecting them? Perhaps.

“Move,” he ordered and pulled her down the hall.  The look on her face sickened him.

He knew the fate of those children but chose not to elaborate.  Another explosion rocked the ground.  They had a chance to get free of this chaos undetected to reach the extraction team.

Men whose faces were hidden behind masks ran from the house in front of him without noticing their presence.  He pressed against the wall and shoved Hope behind him.  Unseen, they moved through the increasing smoke to the chaos outside.  Staying low, they ran through the streets unseen.

An anti-aircraft missle blew through the air above their heads. They pressed flat against the ground behind a crumbled wall.

“We’re caught in the crossfire,” Hope said, her eyes trained on the street.  "There's the van where Peter...do you think Sally's safe?"

She looked at him, sorrow and fear contorting her face.  “If you say so.”

“Right. I've got my Marine.”  She adjusted the messenger bag and Peter's backpack around her body.  “Why am I not as terrified as I should be?”

"Those could be your last words to me and that's what you say?"

He smiled. If he had to be stuck in hell, he couldn't think of anyone he'd rather have by his side.

Footsteps silenced them both. Turning he saw a man raise his gun in their direction.  He shoved her face to the ground and fired his gun. Warding off dizziness, he pulled her to her feet and ran in the direction of the marines.

An explosion at their backs pushed them both onto the ground.  He covered his body with his, a million stabs of fire on his legs.  He turned and fired in the direction of the grenade.  This was war.  This was life and death.

He saw them, too.  Better yet, the Marines saw them and were shooting at the enemy to give them an escape route.  His vision blurred.  He pushed her ahead of him and watched the messenger bag slap against her hips as she ran.  He twisted onto his side and fired back while bullets skimmed past his head.

“Michael!”  He heard her call his name.

“Keep going! Run!”  He watched her skid to a stop and look over her shoulder.  Mixed emotions twisted her beautiful face...fear, confusion.  “Run, damn it!”

Two Marines grabbed her arms and pulled her behind a wall. Weakness weighed down his legs as he stumbled toward them.  Blood trickled into his eyes.

Pain sliced through his waist, tearing him in two. He fell face forward onto the ground, tasted the earth in his mouth and lifted his face in the direction of his comrades. Hope twisted free from McGee and ran back toward him.  McGee followed at her heels. But he kept his focus on her face, saw the determination, watched that damn hat of hers fall from her red hair. Vision narrowed to a pinpoint.

“Are you insane?" McGee tossed her back against the inside wall of the inside of the helicopter.  "What the hell are you doing out here anyway? Are there other civilians with you?"

“He's hurt.” She shook him off and knelt at Michael’s side. She knew she'd never get the image of him falling face first into the ground out of her mind.  A medic’s hands ripped off Michael's vest.

"I asked you a question. Are there others with you?" McGee pulled her back.

"Peter's dead. Sally's missing," she answered without taking her eyes from Michael.

She pushed away from McGee and crawled to Michael as the helicopter lifted up. The words of those around her faded to background noise.  If he died…she squeezed her eyes closed to stop the thoughts. He couldn’t die.

“C’mon, Michael. We’ve got plans.”  She didn’t care who heard her words, that she'd reveal their secret. None of that seemed important anymore. “You promised me, damn it.  Happy hour in Denver, remember?” Both hands wrapped around his. “I’m can't lose you, too. Don't die on me.”

Oxygen covered his nose and mouth.  A medic worked to stop the bleeding.

“Are you injured, Shane?” McGee's hands were on her shoulder.  "You're bleeding."

She laced her fingers through Michael's, refusing to be pushed away from his side. Images of him falling into the dirt replayed in her mind.

A medic reached for her as she slumped across his chest.  Someone said something about her being shot, she didn't know.

“I’m not giving up on you, Michael,” she whispered. “You’re going to see your son, see home, you will, I know you will, we’re all going to go home, have some beers and dance again, yes we will, we all will. We’ll all go home.”  She thought of Peter and the wedding ring she'd taken from his lifeless hand.

"Shane, you need to give us some room to work on him." Someone pulled on her shoulders but she clung to Michael's hand.

"I'm not letting him go, I'm not." She squeezed her eyes closed and held firm. No way she'd let go.  She prayed then, harder than she'd ever prayed, that he'd be okay, that they'd live to see those plans through, that they'd make it home.


The End of the Prequel


Read Reckless Endangerment, the bestselling romantic suspense novel, and find out if Michael and Hope get their happily ever after back in the United States. Hint: It's not an easy road home. 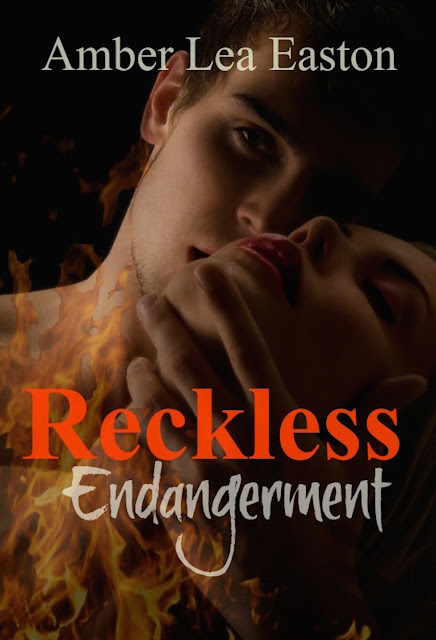 Yay - I was waiting for that!