Today I'm thrilled to host Author Elodie Parkes for Open Mic Monday. She's sharing her new release, The Last Time, with us. I love the cover! Thanks so much for stopping by, Elodie. There's a giveaway, too, so please don't forget to enter!

Just a little about me to let your readers know who I am.

I live in rural England, United Kingdom and I work in an antiques shop as well as writing. I have two dogs that keep me fit with their need for walks. Love the countryside and the coast.
I write romance, contemporary, and erotic with a twist of mystery, suspense, or the paranormal, now and then. I like to make the story unusual in some way, by a quirk in the tale.
I started writing when I was seventeen. Life intervened in my writing time and I stopped serious writing for some time. I started writing again seriously a couple of years ago, because I had so many stories in my head.

The Last Time
Actor Seth Carbery swears he will never fall in love again, that is until he meets private detective Bethany Snow.
Something strange is going on. Seth and other members of the movie cast and crew are receiving threatening letters, but no threat has ever been carried out... yet. Bethany Snow is sent on location by the Black Agency to investigate, and guard Seth Carbery against danger.
The case is not what it first seems and even when Bethany thinks it could be over, a new twist means she becomes a target.
Seth and Bethany find they can’t keep their hands off each other.
Who is sending the letters and why? Does Seth have a secret admirer or stalker? 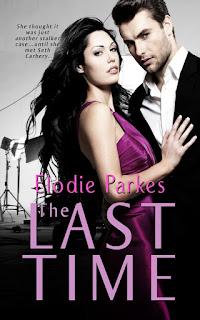 Seth made a little sound of need. He felt he was in a fog of lust and sensation, surprised he was thick and hard again.
Bethany took as much of his length into her mouth as she could. She sucked and swirled her tongue around the shape of him. She moved her lips up his shaft and then nuzzled the velvet end of him.
Seth was beginning to thrust his hips and sigh. He felt Bethany’s hair spread out across his stomach. It felt soft and teasing. He reached to grasp a handful, as Bethany began to do the best thing he had ever felt with her mouth, her tongue, her hands cupping him, grasping him, until his entire body was sensitized, and then it all began to pool in the bottom of his stomach, and then lower. Between his thighs where she cupped him was pulsing with sensation, and he was moaning and thrusting.
Bethany sucked suddenly deeper, harder, and he was coming, moaning with the intense feeling. He heard himself groan. It lasted a long time and Bethany held him until he had finished. She was very gentle taking him out of her mouth. Seth moaned a little feeling a loss. Bethany kissed up his body and left a wet trail across his nipples, her own hardened peaks brushing his body.
Seth held her head and brought her face to his. He realized she must have swallowed his seed, and only a trace of the taste was on her lips as he tenderly kissed her.
She moved back just slightly to whisper against his lips.
“Seth, put your fingers in me. Feel how much I need you. I’ll come very quickly if you just let me move on them. You’re so delicious.”
Seth was enchanted by this. He hadn’t been with that many women, and none of them had talked like this, nor made love like this.
He kissed her again and tenderly pushed his fingers into her. Her gasp of pleasure and the way she began to move on him almost had him moaning again. He held her head and kissed her softly as she murmured against his lips, coming just as she had said very quickly. He left his fingers inside her, and then kissed her hard, holding her head with his hand tangled in her hair.
**** 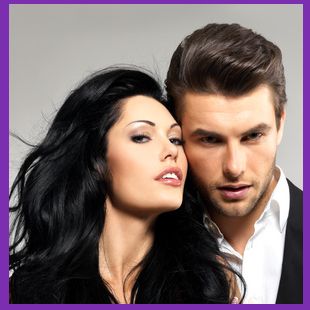 Enter the rafflecopter draw to win $25 US, or £25 GB Amazon gift card and an ebook basket, of all five of Elodie's erotic romance books released to date.
Millie Reinvented, Two of them,The Horoscope Writer,  A Celtic Tapestry in which Elodie has a short, The Picnic, and The Last Time.
Please consider sharing news of this event. No request within ‘Rafflecopter’ is mandatory, please don’t forget to give a valid email address there, so that we can notify the winner.
The prize winner will be announced on June 1 on this blog, Facebook, and twitter. The prize winner will be emailed to let them know.

a Rafflecopter giveaway
Posted by Amber Lea Easton at 12:37 AM

Hi Amber,
thank you for inviting me to the blog, it's great fun :-