Sis-boom-bah! Is it love at first sight or maybe not quite? RIPTIDE #RomanticSuspense #oct #asmsg #MustRead

Riptide by Amber Lea Easton
Caribbean intrigue, scary stalker chic, revenge, and a sizzling love affair.
Nothing bad ever happens in paradise...or does it?
Let's see the first meeting between Lauren and Noah of  'Riptide'.

“You nearly killed me, you know,” a deep voice said from over her shoulder. “That was you on the Jet Ski, right? Reckless.”
Lauren turned her head and blinked several times. Merman in the flesh stood within inches of her left shoulder. Little earthquakes rocked through her body until she thought she’d fall off the stool.
“Noah, good to see you,” Austin said with a smile. “Lauren, meet Noah Reynolds. Noah, Lauren.” Austin pushed a beer in front of him. “I thought you were writing all day. What’s up? Procrastinating?”
“Mostly.” His wet hair curled against his forehead and into eyes that reminded her of expensive whiskey. A faded red T-shirt stretched across his chest. Moisture seeped through at the shoulders and neckline. He resembled a pirate—the Hollywood kind that makes every woman crave the bad boy.
“Mostly.” Austin snorted. “I’m beginning to think you’re never going to write again.”
“Be more concerned with your sister’s reckless moves on that Jet Ski. She nearly took my head off.” A smile tugged up the corners of his mouth while he took a long drink from the beer bottle without looking at her.
“I didn’t come close to you,” she said after finding her voice. “What were you doing way out there anyway? Danger zone.”
Watching a droplet of water slide down his neck made her squirm and lick her lips. Okay, so maybe island mode was a bit too much to handle her first day. She held the cold glass of sangria against her skin.
“Hey, Erin, Larry booked a private charter tonight. Want to ride along? He needs another dive master.” He ignored her and spoke to Austin’s manger slash girlfriend.
“Why aren’t you doing it?” Austin said.
“I’m not up for it. Bad day.” He shrugged. “What do you say, Erin? We’ll pay you.”
“Will you hold the boat for me if I’m a little late?” Erin asked. “I promised Austin I’d stay until he gets back from taking Lauren home.”
“No problem. Do you dive, Lauren?” His whiskey-colored eyes focused on her face.
She had a sudden craving for a shot of Jack Daniels. “No, I prefer seeing fish in an aquarium, especially the ones with big teeth.”
“Hang out here long enough and we’ll change your mind.” Erin smiled, but didn’t look her in the eye. “Won’t we, Noah? We’ll have you diving before the end of the week.”
She doubted it. She stabbed another cherry with her straw. God, she was a mess. Restless all of the time, unable to relax, paranoid about what these people knew about her reasons for being here, having erotic visions of the hot guy next to her. She should have filled that prescription her doctor had given her before leaving Atlanta. She needed sedation.
“What brings the island recluse out in the middle of the day?” Erin asked Noah. 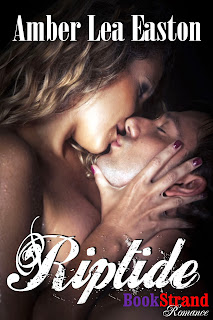 “Austin will vouch for me. Honest,” he said with a smile that looked anything but trustworthy.
“I thought he told you to stay away from me. Remember? Stay back, my friend, stay back.” Their gazes connected through dark lenses. “What is it that you really want, Noah? Your next story line?”
“Ouch.” He flinched and shoved a restless hand through his thick hair. With a sigh, he stood and reached for his snorkel bag. “I deserve that more than you realize. We should talk another time. I’m sorry. I didn’t mean to make you uncomfortable.” When he looked at her again, a frown replaced the easy smile. “Enjoy getting settled, Lauren.”
Cursing beneath her breath, she watched him adjust the bag over his shoulder. Here stood a sexy man—an interesting one, too, which was rare—and she couldn’t stop acting like a paranoid freak.
With a shake of her head, she tilted her chin up, forced the suspicion aside, and looked directly into his face. “No, I’m the one who’s sorry. Sit down. Stay awhile. If you don’t mind being with a dangerous woman, that is.” She patted the vacated stool.
“Dangerous? I don’t think you’re dangerous…unless let loose on a Jet Ski again.” He shifted his weight from foot to foot. “You might think I’m the dangerous one once I’ve told you that I’ve started—”
She held both hands out in front of her. “Stop. No confessions. I won’t ask you for explanations if you don’t ask me for any. What do ya say? Deal?”
He hesitated a fraction too long. Her confidence quaked in the silence.
“For now anyway.” He held his hand out to her. “Friends?”
“Friends.” She clasped his hand and gasped. Electricity snapped through her veins. Visions more intimate than friendship flashed through her mind. She yanked her hand free.
His teeth tugged at his bottom lip, sunglasses hiding whatever expression dwelt in his eyes. After a minute, he reclaimed the empty stool.
“There are so many reasons I should have walked away,” he muttered.
“You should have ran like hell,” she whispered more to herself than to him. When he tilted his head back and laughed, she smiled. “I wasn’t joking.”

What are you waiting for? Buy now at Bookstrand.com, Amazon, AmazonUK,
Barnes and Noble, or most online book retailers.

Posted by Amber Lea Easton at 1:35 AM