Those who know me at all know that I value love above all things. At the dimming of the day, it is love that binds us and gives us purpose. Whether it is love of family, pets, life, friends, or lovers, we are all better for opening our hearts to both the joy and the pain that love brings to our lives. Today I'm hosting  Dewey Dirks who is sharing a poem before telling us more about his lovely book, "Wildflower: Chronicle of a Soul Mate," which is a true testament to love that transcends time and death.

She's always been part of the music
her soul, pieces of a dozen songs
Looking down the years
swaying to the rhythm of the lines
she's said 'I love you' to thirty steely eyes
embraced passion and saw it in the melody every time

She tells little white lies
just to keep the world alive
and she hides like a child sometimes
But the song forever rolls
with a beat strong, insistent & true
Guitar's rebel like a sharp edged tool
while bass notes weave smoky blue doubts
and the music makes strong men fools

Each night I move over her body
and do what I want with my time
I can touch the music, caress a lullaby
but lyrics are fleeting shadows
the song, a secret question
hidden in the sparkle of turquoise eyes


About the book in Dewy's words… 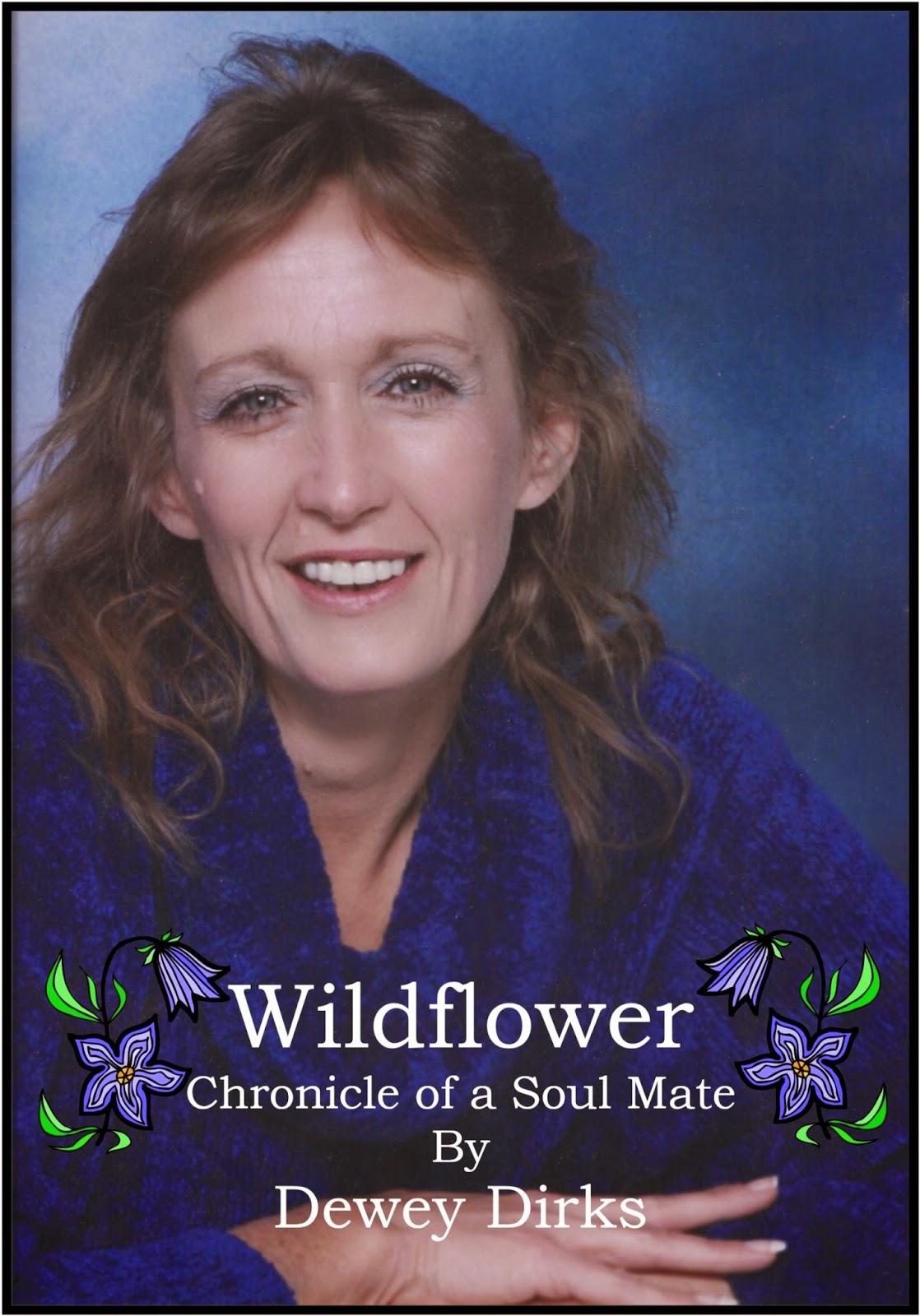 In the latter half of 2013 my wife, Elaine, was diagnosed with stage 4 cancer. After a very difficult struggle fighting the disease, she passed away peacefully in her sleep with me by her side early in the morning in late December, 2013. She was only fifty-three years old.  In her last few weeks alive she was able to spend much time with our family which was very important to her because for Laino, family was everything.

Laino was a very loving mate, mother, and friend. No one could ever ask for a finer partner in life.  She was the kindest person I have ever known and one of the most capable people I've ever met, bar none. It has been an honor to be her mate. We were together for twenty-one years and I've known her for over half my lifetime.  She and I were old hippies and we always wanted to wake up in our eighties and be able to say, “Yea, we shacked up for fifty years.”  I miss her very, very much.

Laino was one of those people who was always moving in four directions at once and so was able to fit a very great deal into her life.  She was a jack of all trades and was very accomplished.
In life she had been a bartender, waitress, process server, business owner, loan officer, appraiser, paralegal, caregiver, and patient advocate.  Many times over the years she worked three jobs at once. Through it all she managed to fit time in for our kids and myself every day.

She is survived by myself, three sisters, two brothers, her son, her step-daughter, two nieces, two nephews, a grandniece and a grandnephew. In life we considered her nieces and nephews as though they were our own children.

“Wildflower” is a collection of all the poetry I've written with Laino and I in mind since just before we began living together in 1992. It is a chronicle of the love between us during  our years with each other.  In years past I didn't write as much poetry as I have in the last ten years, so the collection consists of twenty poems written between 1992 and 2014.  Two of the poems, “The Passing,” and “Ship of Dreams,” aren't specifically about Elaine and I, but are included because I wrote them for her. One is about her mother, Adriene, who passed in 1998, while the other is about Wicket, a pet dog that was dear to us who passed in 2007.

More about the author 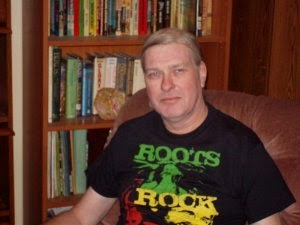 Dewey Dirks describes himself as a professional student. He’s attend college twice, studying computer science, philosophy, theology, history, and anthropology and has spent much of his life teaching himself.  Mr. Dirks has been writing for over twenty years. He currently has three books in publication, “The Questioning Way,” “Gunrunner,” and “Wildflower,”  His poetry has been featured in anthologies, magazines, and on popular Internet websites. He lives in Las Vegas, Nevada with his two dogs and four cats.

Readers can view Mr. Dirks’ work on the web on his Wordpress blog, “The Questioning Way.” And on his facebook group, “Art of Life, Live-Love-Learn”