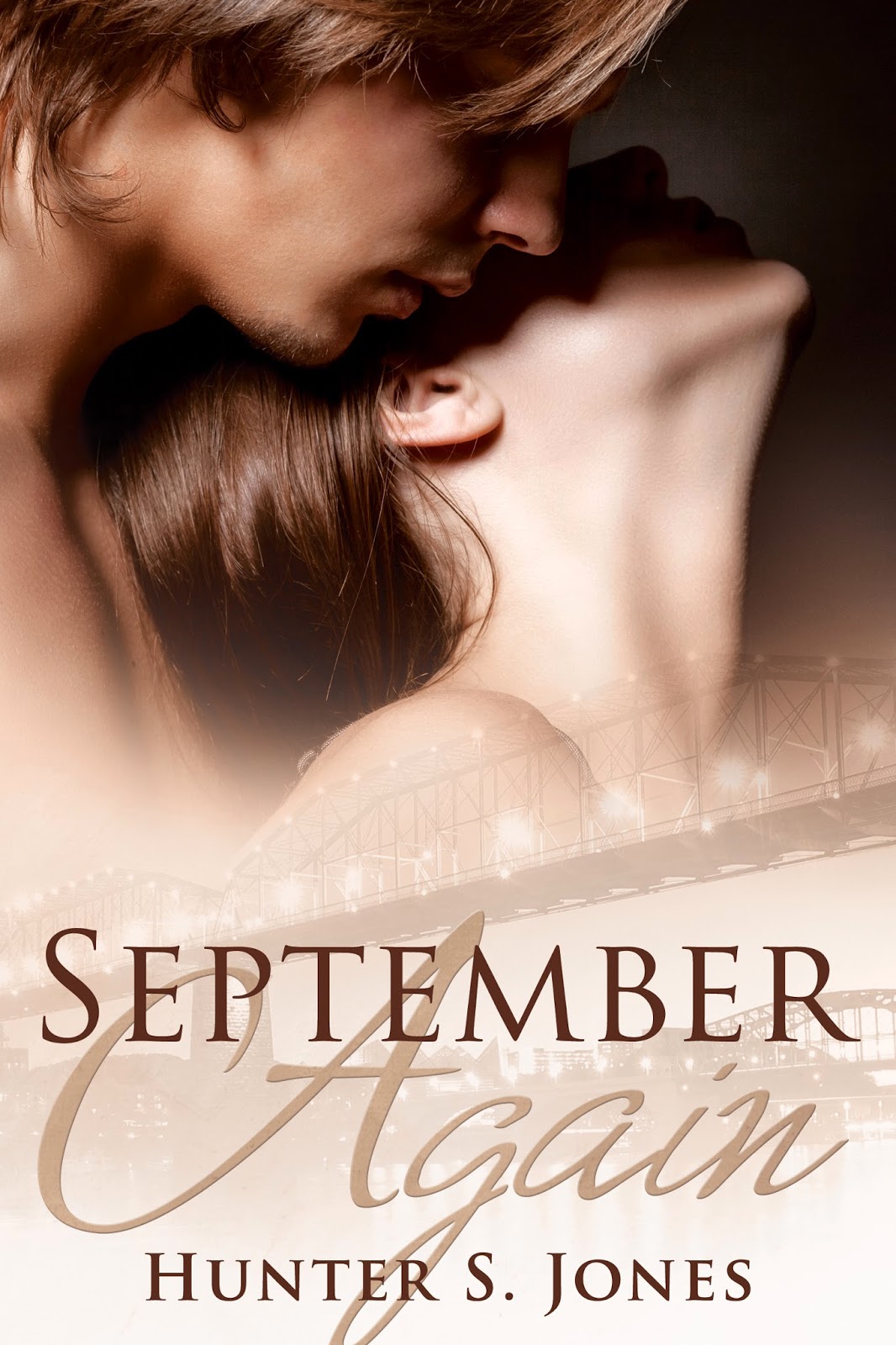 It's release day and we're celebrating with this sexy cover reveal. I love it!

About the book…
SEPTEMBER AGAIN
By
Hunter S. Jones
&
An Anonymous English Poet

According to Cherokee beliefs, opportunity will bless you twice.
September Again, second in the series, September Stories, is the follow up to the hugely popular indie sensation, September Ends. September Again finds Liz Snow Savage leaving England. She follows her daughter Zelda Savage back to America after Zelda’s betrayal of her. More drama ensues as Liz looks for meaning in life while Zelda finds her direction after the tragedy of losing Jack O. Savage, The Poet. Set mainly in Chattanooga, Tennessee, September Again chronicles the rhythm of life's cycles. The ebb and flow of love unravel the mystery of Liz's past. September Again allows a further glimpse into the intricate web of passion and desire which have entangled Liz Snow, Pete Hendrix and Jack O. Savage for years. Will a chance encounter finally reveal the truth?  What act will change the destiny of Liz and Zelda forever? The story of sin, salvation and redemption continues in Book 2 of the September Stories, told through a mosaic of prose with a smattering poetry.
Magic happens when you least expect it.

Find out more about Ms. Jones here...
http://about.me/huntersjones1
Posted by Amber Lea Easton at 12:00 AM