Is it love or lust at first sight? The characters of "Tropical Dreams" meet…you decide. #romance #mystery

We're checking out the first introduction between two characters in Kelly Cozzone's 'Tropical Dreams", a romantic suspense novel. I love a good murder mystery, especially when a steamy romance is thrown into the mix. Let's check it out! 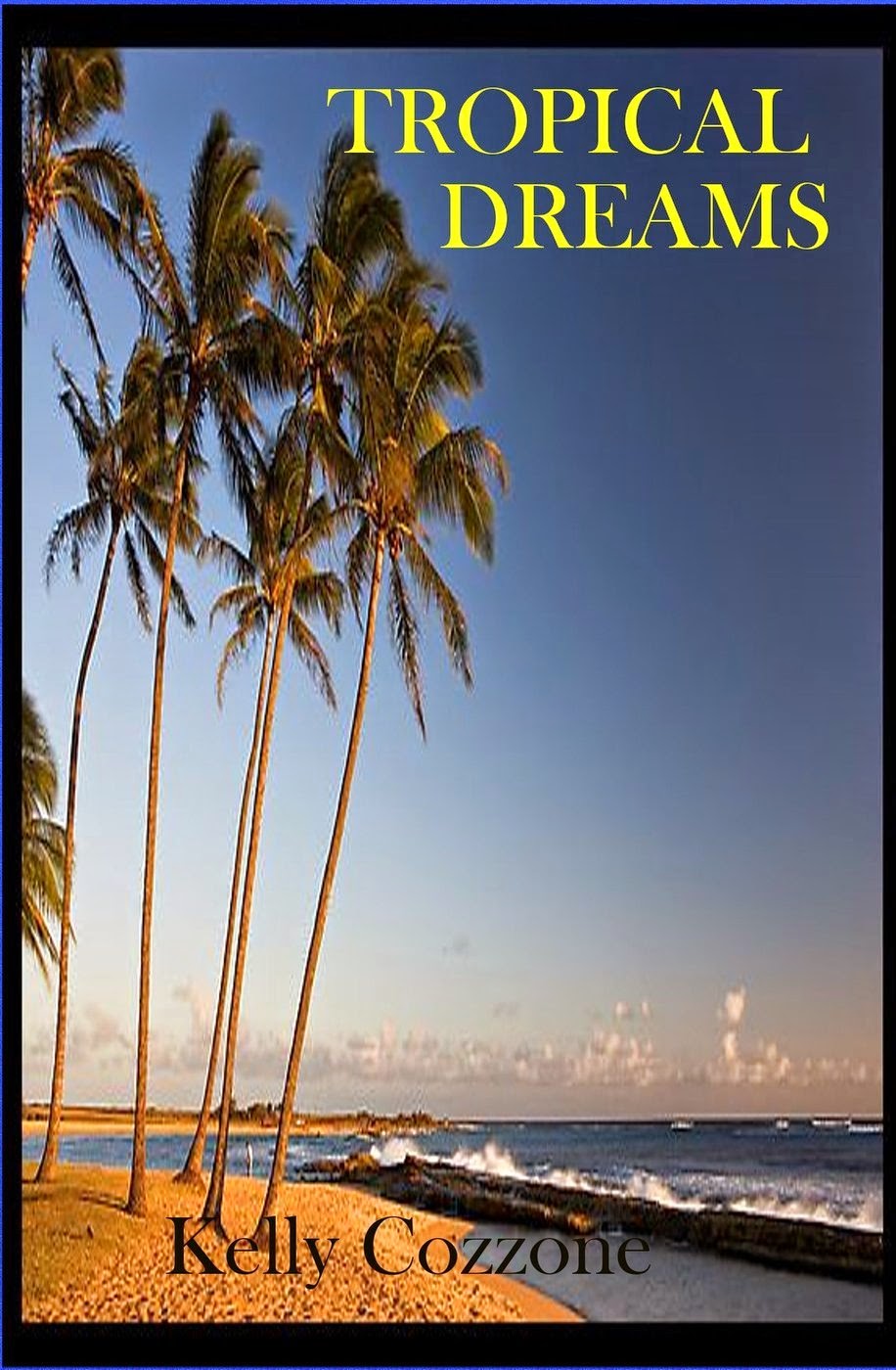 Blurb of the book…

Betrayal and death permeated Tiana Alexander’s past and threatens to rip apart her future. She can’t escape the devastation of anger and pain. Bringing Tropical Dreams to life is the culmination of facing all life has dealt to her. The same life that taught her trusting someone carried dire consequences. Until David Murphy walked into her club. He made her want to trust again, made her want to love again. What she didn’t know was someone wasn’t about to let that happen. They wanted her dead!

Can David keep her alive long enough to find out who is after her? Can he put aside his own demons for her? Can they overcome deceit, betrayal and more death? Or will life finally take its toll!

"I'm sorry, I knocked but I guess you didn't hear me." David replied. "I didn't mean to startle you."

"Can I help you?" Tiana questioned as the unfamiliar man moved into the office. Eyeing him closely, Tiana found herself staring into the most intriguing hazel eyes she had ever seen. What a beautiful shade, she thought. Shaking her head, she took a step back from her desk leaving her hand close to the phone. He's gorgeous, she thought. The most handsome man I've ever seen.

David was a tall man, well over six feet with a perfectly sculpted body. His sandy brown hair had a natural curl that just begged to have you run your fingers through it. Dressed in jeans that hugged in all the right places, he’d left his shirt open at the throat.

It was a look she’d seen on many men at the beach. At least he doesn’t have on a lot of gold chains like most of them, she thought.

"I'm looking for Tiana Alexander." David replied as he inspected Tiana wondering yet again about how much her appearance had changed since the photo he had was taken.

"Well you found her, is there something I can do for you?" As she glanced at him from under hooded eyes, the butterflies began dancing in her stomach. What in heaven’s name is wrong with me? I cannot believe this. You'd think I've never seen a man before. Refusing to acknowledge the attraction that hit her unexpectedly, she met him eye to eye.

I've never witnessed a woman with such changeable emotions or the ability to hide them so well, David thought as he noticed how rapidly interest turned into seriousness in Tiana's eyes. She thinks I didn’t notice. "I'm David Murphy. I believe we have an appointment."  Seeing Tiana was a shock to David, he hadn't expected her to be so beautiful in person. Her picture didn't do her justice, he thought.

More about the author…
Kelly Cozzone was born in New Martinsville, WV. She spent 20 years in West Virginia before moving to Austin, Texas. After spending 15 years in Myrtle Beach, SC, she finally made it back to her adopted hometown of Austin, TX.
When Kelly isn't writing the mystery stories she loves, she is following her beloved Texas Longhorns. An avid football fan, she spends her fall months rooting on her favorite teams.
In addition to being an author, Kelly writes for Examiner.com and shares her thoughts and stories that strike a chord in her on her blog.
Kelly has been happily married to her husband for 20 years and has three children who are her life.