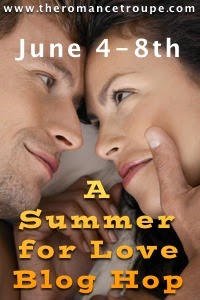 GRAND PRIZES
(6) $50 Amazon or B&N Gift Cards
Comment with your name and email to be entered into the Grand Prize drawing. Comments without name and email will not be counted. Commenting on each and every stop will increase your chances of winning.
Winners for the (6) Grand Prizes will be drawn and announced on THE ROMANCE TROUPE blog by June 10th.
Find a list of all stops here!
http://www.theromancetroupe.com/p/a-summer-for-love-blog-hop.html
Here on Kisses, Caresses, & Whispers in the Night I am giving away a $25 Amazon or BN gift card so the potential to win is high! However, to win here there's a catch: You must leave a comment regarding my post, not just your email address. I'll have a question at the end. See how I am? Yep, I'm tricky like that. 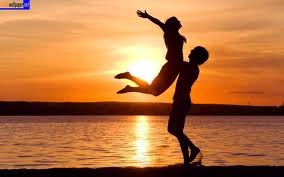 Sizzling Summer Nights
Whenever I think of summer and romance, I think of songs like "Summer of '69' by Bryan Adams or movies like Grease (Summer Lov'n...anyone else know that song?) I remember being a young college student hanging out by the lake at night with my boyfriend sitting on a dock watching the moonlight flicker on the water, skinny dipping, making out on a towel, and our laughter echoing over the waves. I remember sitting on the hood of his car drinking beer and believing we had a forever kind of love.

I remember being a recent college graduate traveling in Europe, hanging out with a handsome Austrian, passing a wine bottle between us as we sat on the edge of a ferry bound for Greece, our feet dangling over the edge of the boat with the white wake beneath as we fell in love a little bit with each other even though we knew it would be temporary.

I think of being a little bit older, and lying with my husband in the hammock watching meteor showers while the kids slept soundly inside the house. We'd hold hands and whisper while pine trees swayed overhead. Stolen kisses and moments that reminded us of why we fell in love in the first place.

Summer nights and romance go hand in hand. Kisses are sweeter, nights are longer, clothes are skimpier, and possibilities are endless. When you think of summer romance, what is the first thing that comes to mind? Is it recent memory or one of a boy from long ago who made you laugh on a dock on a lake far away? Please share in the comments with your email address for a chance to win.

Here's an excerpt of my new release, just in time for summer reading! Dancing Barefoot is a contemporary romance about breaking free of the status quo, daring to risk all that you've worked for on a dream, and embracing a life of extraordinary possibility.