Balancing #Romance with #Suspense to Create the Perfect Storm #Asmsg

Constructing the parallels of both is challenging, but that’s why I enjoy it.  With the romance element being the lead in a romantic suspense, it’s important that I work to set that up in the beginning with some flirtation. The trick with having your characters flirt is making it seem natural rather than forced, interesting rather than trite.  Below is a tidbit from Riptide where Lauren meets Noah for the first time.  She’s not exactly in dating mode, but Noah is...shall we say...HOT.

Once again the idea of him as a pirate flitted into her ongoing fantasy. “Hmm…you’re not fitting the stereotype I have about screenwriters.”
He leaned his elbow on the bar and propped his chin up with his fist. The sun hit his sunglasses just right, giving her a glimpse of his eyes watching her through the lenses.
“If you didn’t know what I did for a living, what stereotype would I fit?” he asked.
Male stripper. Movie star. Construction worker. Greek God. She peered over the rim of her glass without answering.
“C’mon. Tell me. I’m dying to know.”
“You’ll have to live with the disappointment,” she said.
Sea salt had dried on the expanse of his neck where it met the material of his shirt. She twisted on the stool at the idea of tasting him there, lips against his flesh, licking, nibbling…
God, help me, I’ve finally gone crazy.

Flirtation is all part of building the romance, but the sexual tension is creating the inner conflict that keeps them apart.  Believe it or not, one the best things for me as an author is keeping my characters unhappy.  Yes, you heard it right.  Keeping the tension high, throwing in roadblocks, adding a serial killer or two, is the highlight of my day.

Speaking of killers, that’s where, as a romantic suspense author, it’s important for me to give equal importance to the suspense plot.  From the very beginning, I’m setting up catastrophe for my characters.  It’s always introduced or at least hinted at in the first chapter.  Look at this example of Noah’s soon to be train wreck of a life where it’s merely hinted at in the first chapter--it doesn’t give it away, but it clearly gives you a clue that life on Grand Cayman isn’t exactly paradise for Noah Reynolds.

Restlessness gnawed at him, nibbling at his nervous system to move, to act, to do something...else. Anything else. The fact that some quack had decided to taunt him with his past sure as hell didn’t help his mood. The articles that had been taped to his door this morning had set him off—headlines of a past he tried to forget on a minute-by-minute basis kept showing up in the oddest places lately. His front door, the boat, the mail...it all made him more distrustful than usual.
He raked sandy fingers through his hair and watched the breakers crashing against the reef off shore. Months of writers’ block had finally given way to a flood of words about a stalker’s decent into madness. Every word flowed perfectly onto the page. What should be a good thing felt like a bad thing because he wondered how his inspiration would handle her story fueling his creative juices.
This week sucked, no question. Between the creep harassing him, maniac tourists and guilt over his newfound writing mojo, he couldn’t catch a break.

Romantic suspense is a balancing act, but it’s truly all about tension.  One of the best tips I was ever given as an author was to make sure there was tension on every page. When I revise, I purposely cut anything that isn’t adding to the tension of the story.

I want my characters to find their happy ending, but I love making them work for it.  For me, the journey is the best part of any story.  As an author, I want my readers to cheer for my characters, hate the bad guys, squirm in their seats wondering what could possibly happen next and smile when they turn that last page.  If I’ve managed to do that, then I’ve done my job. 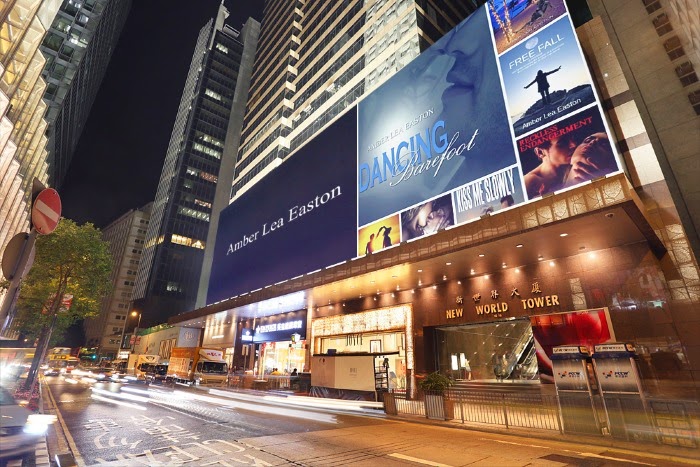