Is love hiding in "Blind Sight? Read this excerpt and decide! #romance #asmsg


Today on "Is it love or lust at first sight" we're checking out an excerpt from "Blind Sight"...you tell me. Is it love, lust or something more complicated at first sight? 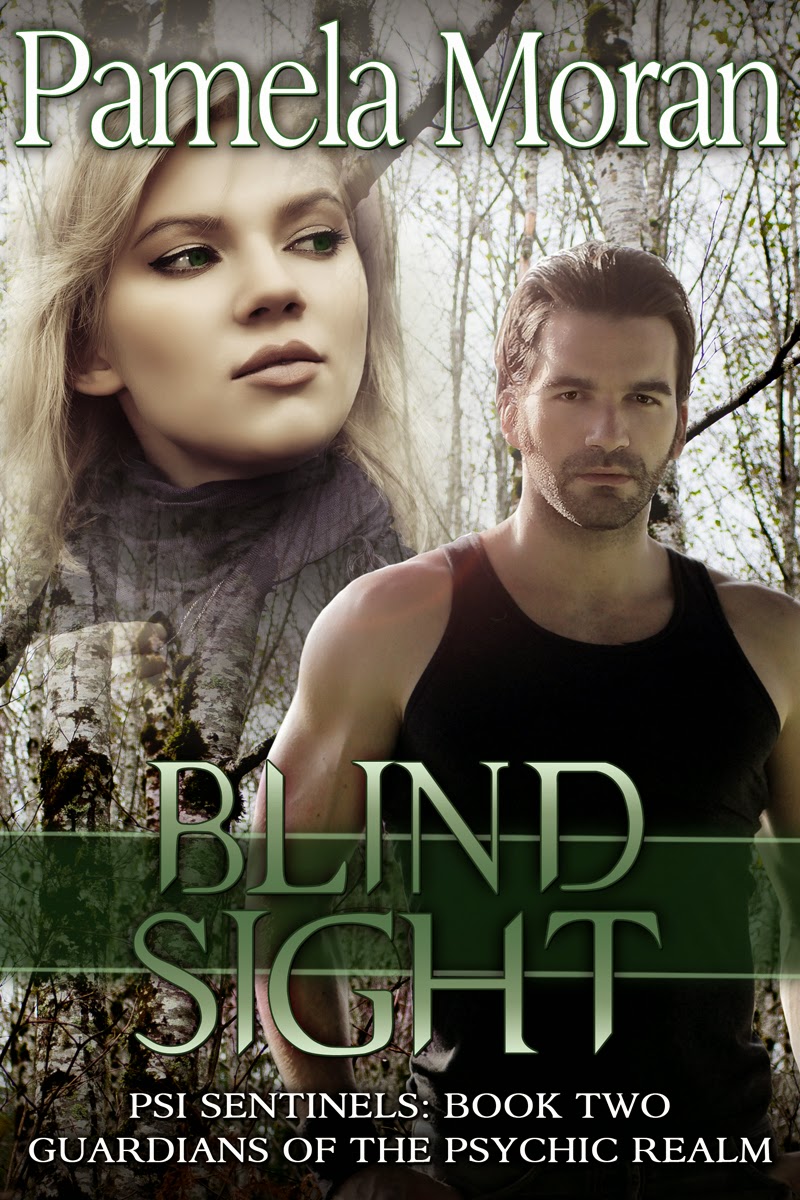 A bit of background on the book...

Gabe Nicholetti, reclusive PSI agent, would rather stay on his sailboat, surrounded by water - moored off a remote island in the British Virgin Islands - than deal with the ramifications of the dead woman in his visions.
That woman, Rily Carrigan - a very much alive, for the moment, police detective in Eagle Crest, Oregon - makes it clear she has less than the time of day for the likes of him. Not that it matters.
He only has one purpose.
Bring her murderer to justice.
Now let's take a look at the character first meeting...

Gabe shifted in the flimsy metal chair, crossed his right ankle on his left knee. He wasn’t going to complain about Ben’s chairs ever again, not after the last hour sitting here at the Eagle Crest Police Department.
The Chief was a nice enough guy, easy to read. Much easier than he believed himself to be. A Bear of a guy, easy-going enough, with a steel core. But the Chief wasn’t who Gabe wanted a read on, and the woman of the hour was nowhere around.
Conspicuously absent at the moment.
Rily Carrigan.
Her name had played in his head all the way out here. From the airport in Minnesota to the one in Portland, and the drive out from there along the Columbia River practically to the Pacific Coast, she stayed at the front of his mind.
Water was everywhere in this corner of the States.
Somehow he didn’t think that would help keep the visions away here anymore than it had on his boat in the Caribbean. Not with this Carrigan woman out there, somewhere in the vicinity.
But then, maybe, once he met her, identified the direction of the threat that would take her life, the vision would back off.
He could hope.
His ankle still crossed, Gabe slouched in his seat, linked his fingers over his stomach. Stale, burnt coffee seemed to be the aroma of the early evening hour. Outside the front doors an early dusk had already fallen.
Those same front doors swished open and the room sparked with a sudden high energy level scattering to reach all corners of the room before being pulled back as suddenly as it had appeared.
Gabe lifted his head, eyed the tall, lithe woman striding into the building and containing all that energy inside her tight, well-toned body. Somehow, neither the visions nor Ben’s photo had prepared him for the angry gold sparking out of those pissed-off green eyes.
Or the way his solar plexus tightened in response to the mere sight of her. Crap. Not good. In any way.
Rily Carrigan, very much alive at the moment, stopped directly in front of him. Her eyes widened, just for a moment. Gabe remained seated, his fingers still loosely twined over his stomach.
“Benjamin Garrett sent you?”
“Technically, no.”
She narrowed those gorgeous gold flecked eyes of hers, obviously not caring who saw this little têtê-á-têtê of theirs. “But he’s behind you being here.”

“What do you have against Ben?”
Her brows lowered and her Totem Tiger glared out at him.
A Bengal. No wonder restlessness rolled off her in waves. And the green eyes that flared with gold heat. A true Tiger.
“I thought you were all one big, happy family.” He knew better than to taunt a Tiger, had tangled with one and had the scars to prove that fact.
“Is that what he told you?”
“No. Actually, it’s not.” Gabe tilted his head to one side, looked up at the woman who even now made his insides clench. “He told me you were a piece of work with a chip on her shoulder. One with no time for anything remotely dealing with what couldn't be seen or touched. But once I got past that, we probably still wouldn't be able to stand each other."
She stared at Gabe for a long moment. Then a sharp laugh exploded from her. “Well. At least Ben understands me.”
*****
Buy Links:
Amazon: bit.ly/AMZBlindSight
AmazonUK: bit.ly/AmzUKBlindSight B&N: bit.ly/BNBlindSight Kobo: bit.ly/KoboBlindSight
Author Bio:
Whether painting, out on a photo shoot or writing, Pam has always had a bend toward the creative side of life. Her favorite is when she can combine any of those with travel. Places get into her blood and she loves to explore the possibilities, always with characters and a story in mind.
An astrologer for most of her adult life, Pam has been known to see auras & the occasional ghost. Considering she lives in a haunted house in the mountains of southern California, this keeps life interesting.
Website: PamelaMoran.com
Facebook: Facebook.com/pamelamoranauthor
Goodreads: goodreads.com/PamelaMoran
Twitter: @Pam_Moran
Buy Links:
Amazon: bit.ly/AMZBlindSight
AmazonUK: bit.ly/AmzUKBlindSight B&N: bit.ly/BNBlindSight Kobo: bit.ly/KoboBlindSight

Thank you, Amber, for featuring Gabe and Rily on Kisses, Caresses, Whispers in the Night!