Mile High Muses kicks off on July 20 with a month-long giveaway for a chance to win a kindle! As we head toward the launch date, meet one of the most seductive Muses herself, Nicole Morgan. 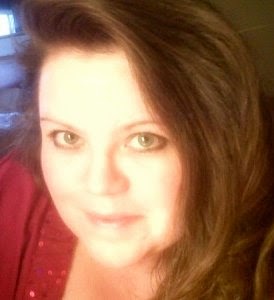 Tell us Nicole...what is your personal muse?

My personal muse is my fiance, Zac, who inspires me with his unconditional love and motivation. He is my true love.

She also has a recurring monthly column in Book & Trailer Showcase's eMagazine, is a proud member of the Romance Books 4 Us Gold Authors, as well as Sweet and Sexy Divas and Sexy Scribbles. In addition, Nicole is one third of the scintillating trio, Mile High Muses and is the twitter coordinator for Marketing for Romance Writers.

ADULT  Teaser
Sweet Redemption [Sweet Awakenings Book 1]
Retro Release Special Discount: This title is offered at a 50% discount. Offer ends midnight CST, July 21st.
He was turned in his seat, watching her.  His eyes were blazing with desire. The look in them was so alluring and seductive it overwhelmed her.
“Jesus, you’re beautiful. Look at you lying there naked against my creamy leather seats. You look like a virgin offering herself up for the first time. All ripe and ready to be plucked, all mine for the taking. Spread your legs for me, baby,” he said, coaxing her.
His voice sounded deep and sensual. She did as he asked, although she wasn’t sure why. He leaned over into the backseat and somehow managed to wedge himself on the floor in front of her. She thought she knew what was coming next as he brought his head close to her pussy, but she couldn’t believe it.
Was this really happening? He began to blow gently on her pussy, sending shivers through her entire body. She had begged Brent to do this. It had been years since anyone had done this to her.
Before she could finish her thoughts, she felt the warm glide of his tongue slide up and in between the slick folds surrounding her entrance. She flinched, he held her thighs, spreading them further apart, and with firm hands, he began to massage them. Without saying a word and just by his actions, he was ordering her to relax and to take it. She looked at him. He was beautiful.
He looked so masculine, so delicious. She wondered what he would taste like if she took him into her mouth and gently sucked on his hard shaft.
Nicole’s current titles:
Sweet Awakenings Series (Navy SEALs Series)
Sweet Redemption
Sweet Salvation
Sweet Vengeance
Sweet Affliction

Posted by Amber Lea Easton at 9:05 AM