Tingle Thursday presents a snippet of new release White Out,
romantic suspense that will leave you breathless. 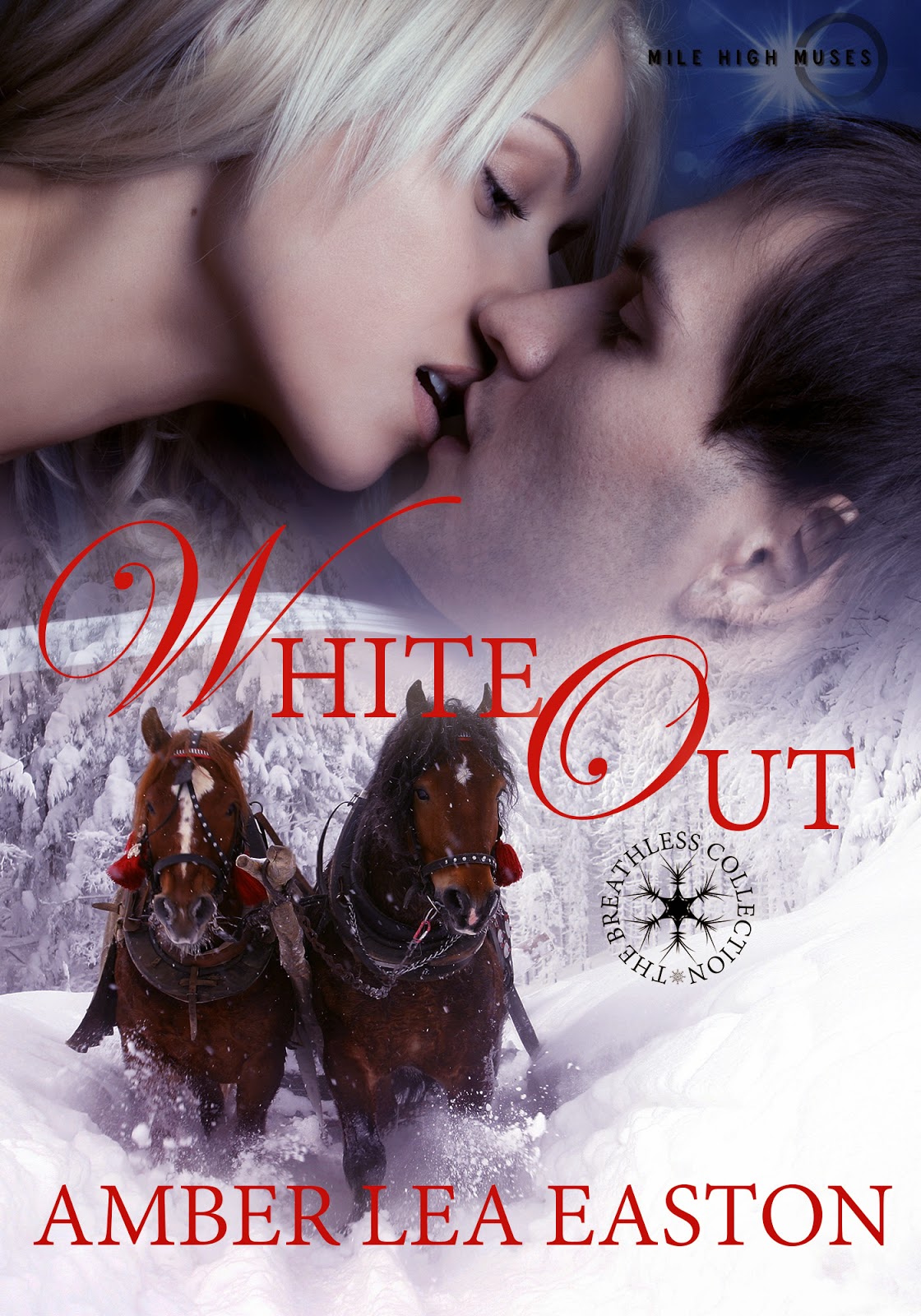 She wanted to tell him everything right then and there despite Jerome's words of caution. The need for someone not paid to protect her to know her real identity burst inside her like an overinflated balloon.
Fear thudded hard against the inside of her chest. It wouldn't matter how many sheriffs or marshals or angels themselves protected her; if Donovan had indeed come for her, she'd be dead before tomorrow morning. And no one would know, not one person from her past or anyone in her present. She'd simply vanish again, maybe she'd come up in conversation here and there about the odd woman who disappeared yet again, but there'd be no funeral or heartfelt eulogies for her.
No one in the present knew her real name.
No one in her past would know what she'd sacrificed to save them.
"Don't you ever worry about your horses?" she blurted out, hoping to alleviate the tension with some small talk.
"Nope. Jamie and Sheryl live in the small house on my property. It's all good."
"You rescue them, don't you?"
"Yes, I do. I take in the worst cases, rehab them, and hopefully give them a peaceful life as tour guides." He shifted his weight, one hand on the steering wheel and the other reaching for hers.
"I like it here in Steamboat," she said, fighting back the tears that blurred her vision. Looking out the window so he wouldn't see her face, she sighed. "It's a far cry from the life I used to live, but I like it."
"What kind of life did you used to live?"
"It was exciting as hell," she admitted with a smile. "I had it all, everything I'd ever dreamed of having, it was all mine. Do you know that myth about the man who flew too close to the sun? Icarus? Maybe I was like that. I burned hot for a long time before..." she stopped herself and looked at him, "Sorry. I'm ruining the mood."
"I know what you mean." He shrugged. "I flew too close to the sun, too, but damn it was fun."
She laughed at his observation and appreciated that he didn't press her for more details. "Oh, yeah. It really was."
"My ex and I were never meant to be married. We were young, but wanted different things. Mainly, she wanted a different man, but we had a good time. We should have kept it in the dating realm, I suppose." He shook his head with a grin. "Flying too close to the sun...that's a good way to put it."
Snow fell harder as the wind picked up. Streams of white blew horizontally in front of the headlights.
"Do you think they've already closed Rabbit Ears' Pass?" she asked.
"It's possible. They're predicting several feet of powder before it's all said and done. Bad news for the tourists who aren't already settled, I suppose."
"Good news for us."
Time, a good whiteout blizzard could buy her time.
Or become her tomb.
She rubbed her fingers over her forehead and exhaled a long sigh.

Maybe the whole I-want-to-be-bait idea had been ridiculous. Who was she to go up against a mass murderer?
"Yeah, they'll close the pass for sure if the snow keeps up this pace, especially at the higher elevations," he said.
He slowed down as they entered main street Steamboat. Lights had been stretched across the road and wound over each tree and storefront. They glowed with holiday perfection as tourists walked the sidewalks beneath them. A horse drawn carriage pulled out in front of them with tourists huddled beneath fur blankets and laughing at the beauty around them.
She envied their joy as they laughed together, a family of four on vacation. So simple yet something she doubted she'd ever experience.
"What are you doing for Christmas? You should come with me to my brother's house, hear all the lies about my youth." He grinned as he put the truck in park.
"Oh, no, that's okay. I have plans." Hanging out with US Marshalls and FBI agents, you know, those kind of plans.
"Are you finally going to decorate your tree?" He undid his seatbelt without looking at her.
On impulse, she grabbed his shirt and pulled him across the space separating them. If she only had one night left to live—which was a definite possibility—then she wanted to go out on her terms.
"I was a pretty wild kid myself," she said against his lips, "and I used to get whatever I wanted. A real brat, I'm sure people would say. Right now...I want you and I'm happy that you're a stubborn ass who wouldn't stay away. I only hope you won't end up hating me when this is over."
She ground her mouth against his and surrendered to the lust that had been buried too long. The make-out session in the hot springs had been nice, but she wanted unrestrained passion and skin-on-skin contact. Tongues collided with one another as he leaned heavily against her, pressing her against the passenger door.
He shoved his hands into her hair and held her face close while his mouth devoured hers with equal force. Teeth captured her lower lip as he inched back from her face, conscious of them being parked on Main Street in front of busy sidewalk.
Frost lined the interior windows from their body heat.
"You're one helluva rollercoaster ride, babe. We keep making out in cars and public places, don't you think it's about time we take this to the next level? I'm a long way from a teenager and would like to make use of that king-size bed of yours."
"Oh, that's definitely on the agenda."
He kissed her again, slowly, eyes wide open and looking into hers. "Who are you really? I won't tell another living soul. I want to know your real name when I'm making love to you later."
She slid her tongue over his lips and reveled in the desire humming through her veins. The more she touched him, the more she craved.