Warning: May Be Too Hot to Handle #PNR Danger as an Aphrodisiac

It's Frisky Friday and we're featuring a sizzling hot series by Dakota Skye. This is sooooooo good.
***Adult Content Warning*** 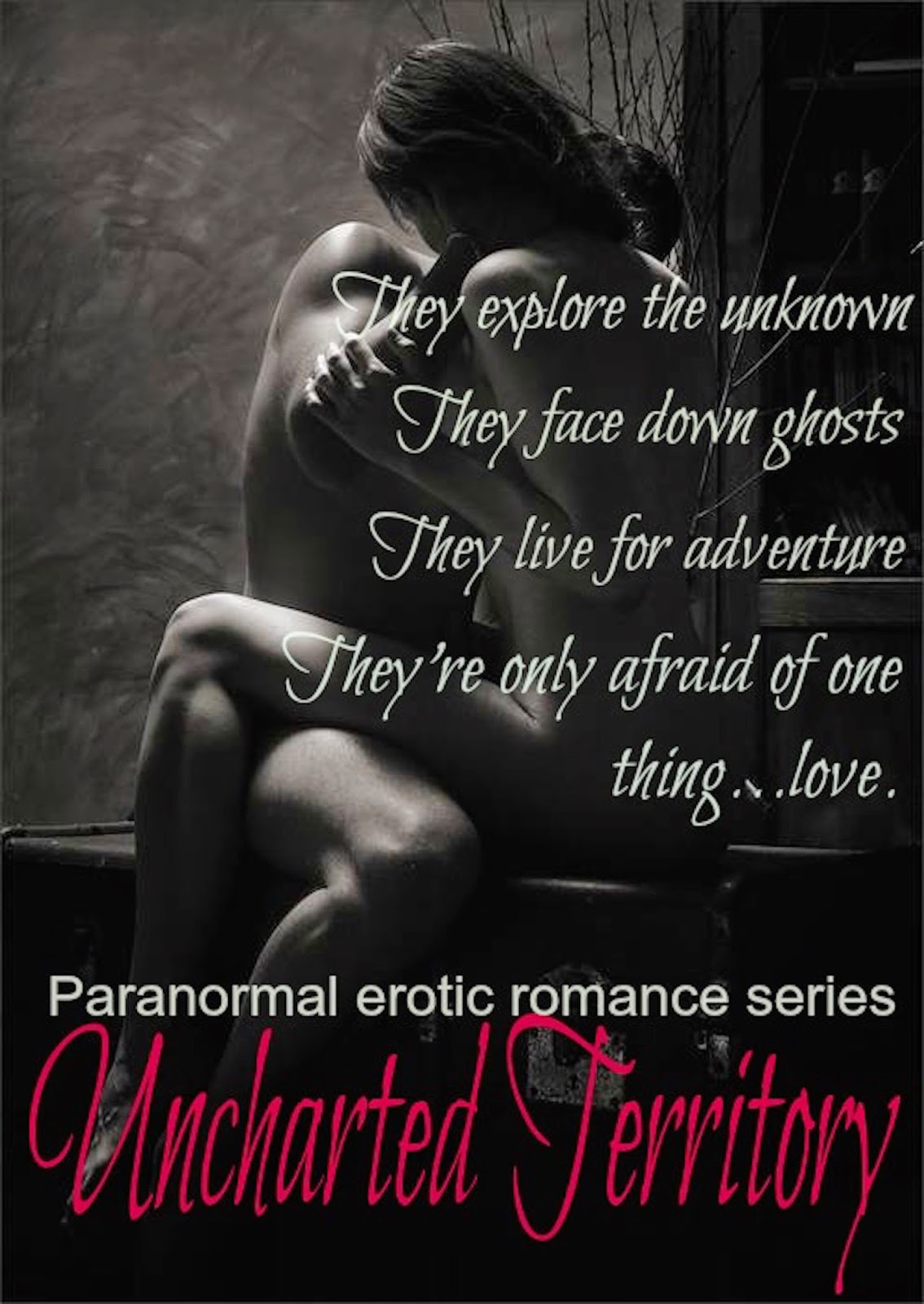 Each book in the series is written like a television show with two 'episodes' in each novel. Have you ever watched Ghost Adventures, Destination Truth, Ghost Hunters, or Expedition Unknown? This series is modeled after those. Josh and Bethany lead a team of paranormal investigators all over the world exploring unknown events and places for their show "Uncharted Territory." Along the way, they get into their share of trouble while surrendering to the undeniable chemistry between them.

Where on earth are Josh and Bethany? Take a look below for excerpts from each of the three books currently available in the series. 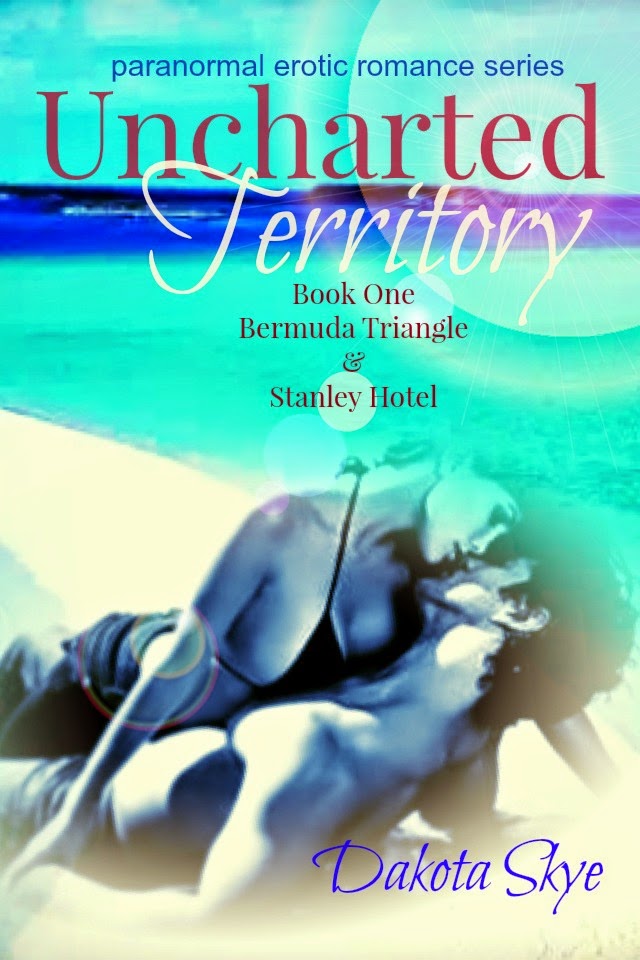 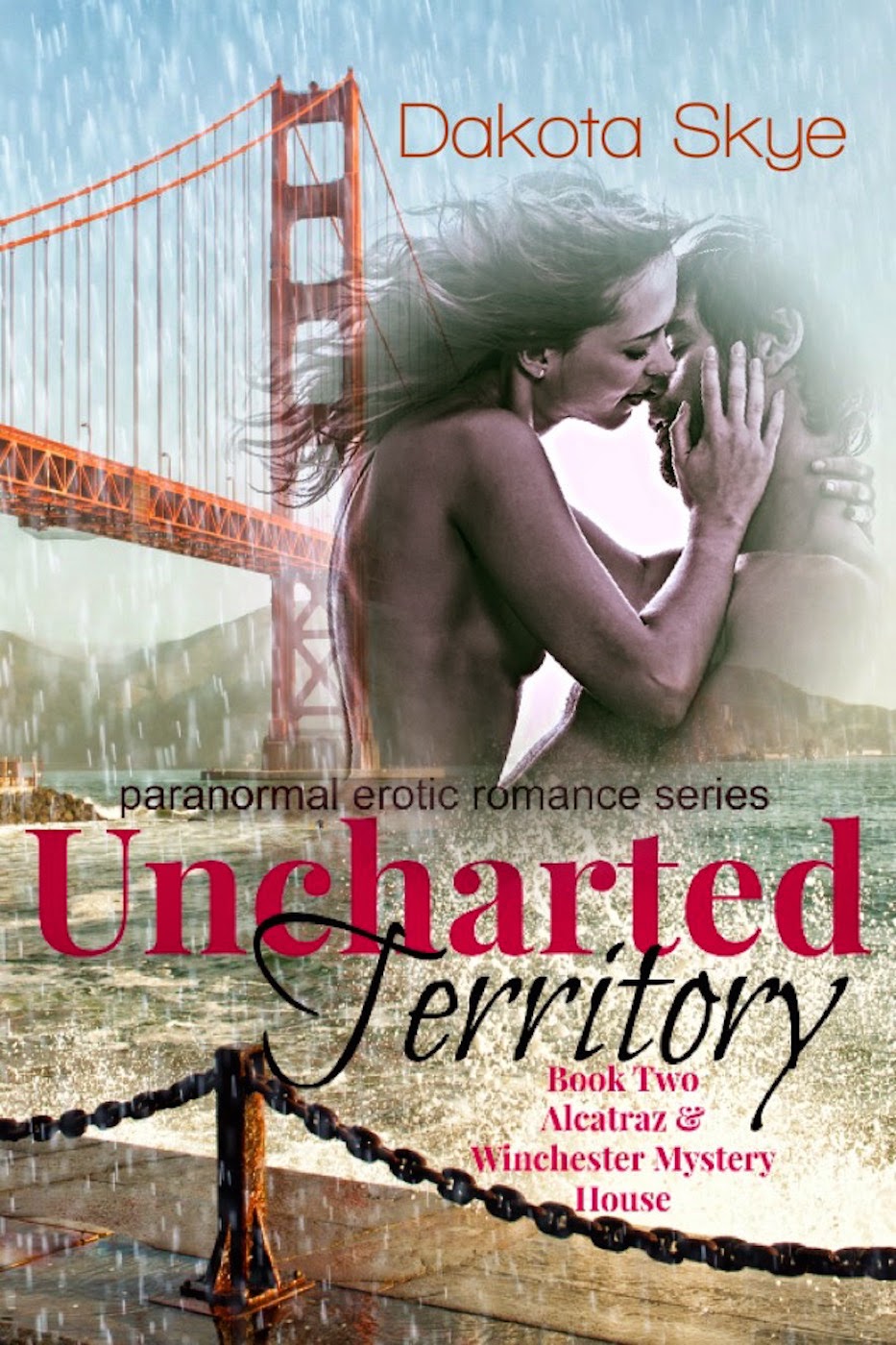 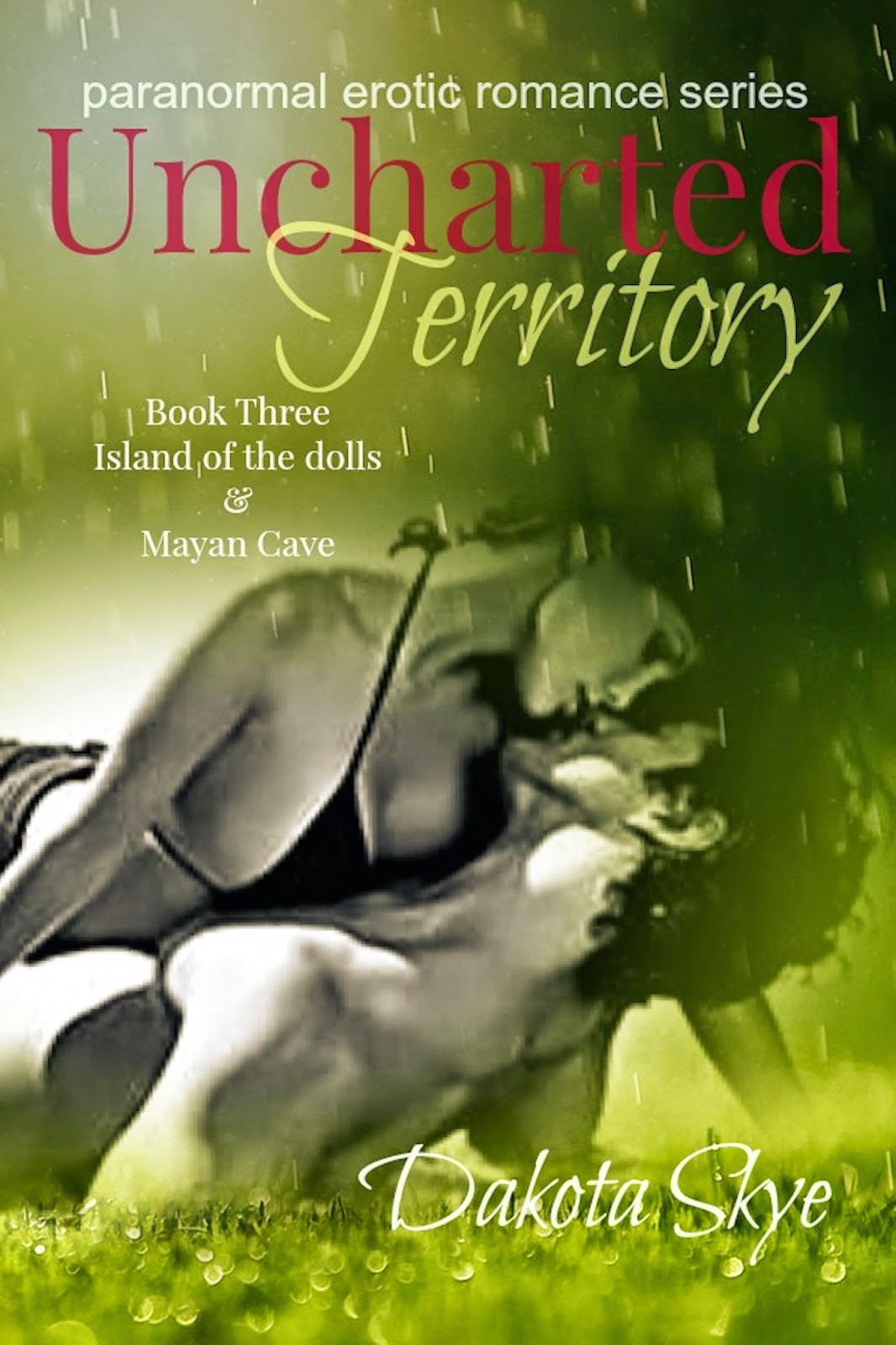 Book Three: Island of the Dolls and Mayan Cave Episodes

Excerpt...
Josh pulled Bethany into a cave hidden behind a waterfall in Belize. They had managed to escape everyone for a few hours before their expedition into an underground river.
Laughing, she reached her hands out to the warm veil of water. “It’s almost mystical in here.”
He nuzzled the back of her neck and grinned when another couple plunged into the lake twenty feet below them. “They can’t see this place, have no idea we’re up here.”
He undid the strings of her bikini top and tossed it behind him.
“Josh,” she gasped, stepping back against the wet cave wall. “How do you know they can’t see us?”
“Did you know there was a cave up here?”
“No, but you did.”
“I found it when I climbed up here to dive a few minutes ago. Now who has short term memory loss?” He pressed her against the wall and shoved his hands through her wet hair. “I love it when you’re slippery and shy.”
“Shy?” She slid her hand over the front of his swim trunks and grinned when his cock hardened at her touch.
He peeled her bikini bottoms from her legs before spinning her around so her ass faced him. He’d never been with a woman before Beth that had both the luscious tits and the round ass.
“Do. Not. Say. A. Word.” He licked the back of her neck.
He kicked her legs apart, reached around her torso to play with her nipples. “Get on your knees, face the waterfall, watch them swimming down there while we’re fucking up here.”
She complied, breasts dangling heavily, hands on the slippery surface of the narrow cave, face only inches away from the roaring waterfall that spilled into a blue lake surrounded by soaring rain forest and slick boulders.
He bit her ass and slid his fingers inside of her. Wet, hot and ready.
Cock in hand, he guided himself into her pussy from behind. Grinning at his order for her to be quiet, he slapped her ass. Hard.
She pushed her hips back against him as if seeking more.
He rammed deep into her, hands sliding over her wet back, and gaze locked on the rushing water cascading in front of them. Voices carried from below. Laughter. He curled his fingers into Bethany’s hair and pulled hard until she arched her neck back.
He fucked her while pulling her hair. He liked her whimpering but unable to call out. The spray from the waterfall covered them like a warm mist in the cool cave.
Releasing her hair, he bit her shoulder and reached around to squeeze her breasts. She continued to ram her hips against him, matching him thrust for thrust until her cunt seized his cock and her entire body shuddered with climax.
He bit her again, feeling primal and wild hidden from view of the waterfall with her breasts overflowing between his fingers. He came hard inside of her.
They lingered like that for a few minutes, neither moving in their little hideaway.
“We’re going to be late,” she muttered finally. “We said we’d meet everyone in less than an hour.”
Josh lightly trailed his fingertips over her back before easing himself from inside of her. “I know. I suppose we should hurry.”
She scrambled out from beneath him to dress in her bikini. “Let’s jump.”
“We might land on them.” He adjusted his swimsuit, knees weak from screwing her on the hard cave floor.
“So we’ll shout.” Dressed in the black bikini with her ebony hair slick against her neck, she looked like trouble personified when she took  his hand and stood behind the veil of water. “On the count of three, we go.”
“Done.” He laced his fingers through hers, yelled a word of warning to the unsuspecting couple who looked up at the shout.
With a laugh, they both burst out from behind the waterfall and plunged into the deep blue below. Once on the surface, he crushed her against his chest and ravaged her with his tongue.
The other couple applauded their entrance.
“You will never bore me,” she whispered against his lips before swimming away from him. “We need to go. People are waiting.”
“People are always waiting.” He gave their audience a wave, smug that they had no idea how much of the show they’d actually missed. 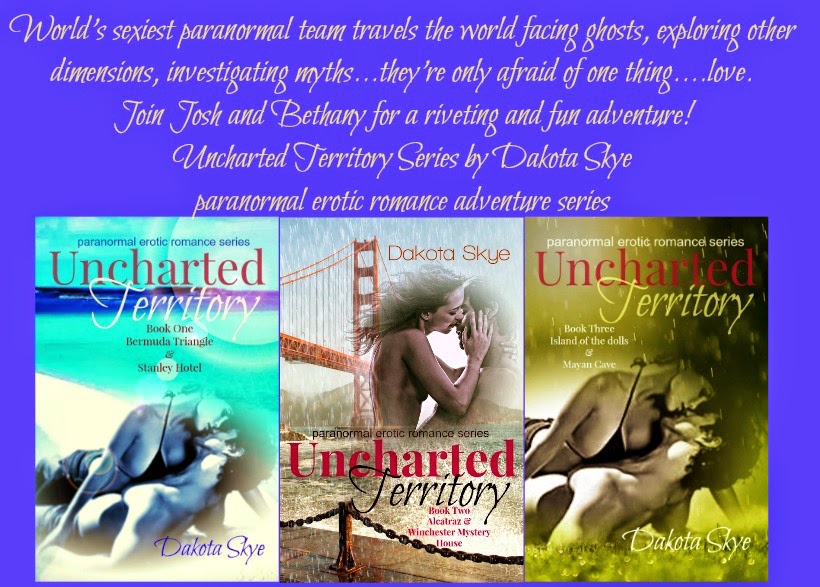