Tantalizing Moments Under the Mistletoe #RomanceNovels 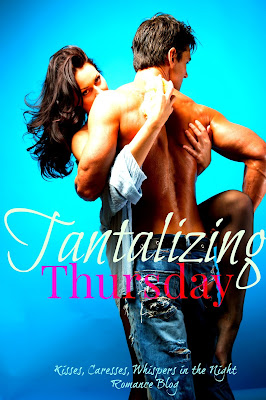 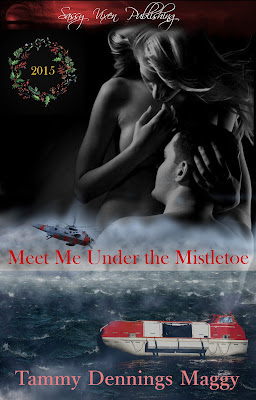 Petty Officer Steve Sanders grabbed his gear from the ready station to check through it once again. His gut told him this wasn’t going to be an average day for the crab fleet. Starting in the middle of the night, the US Coast Guard Communication Station in Kodiak picked up multiple calls from vessels throughout the King Crab fishing grounds. Up until now, none had sent out a distress call, but with another storm building up strength over the Bering Sea, it was only a matter of time before his unit would be sent into action.

Glancing over his shoulder at the teddy bear dressed in a Coast Guard swimmer wet suit, he smiled. In less than a month, he’d be a father and his team never let a day go by without reminding him. Once he found a pack of diapers along with his own “survival kit” complete with nose plugs, tongs and thick rubber gloves stuffed in his locker. Another instance it was a box of chocolate cigars, half with pink wrappers and the other with blue. The day before he left for his current three-month stint in Cold Bay, his unit on Kodiak threw a couples' baby shower for him and his wife Jolene. The teddy bear was a gift from the Commander, and Jolene made sure to pack it in his duffel when he wasn’t looking. It was simply her way of reminding him to come home safe for her and their child.

A handwritten gift tag dangled from a red velvet ribbon tied around the bear’s neck. It read, “Meet me under the mistletoe and I’ll make all your Christmas wishes come true.” Every single year since he was a fifteen year-old freshman in high school and he dared a then thirteen year-old Jolene to meet him under the mistletoe, they’d never missed a chance to get that first holiday kiss. Of course, if the fiery brunette would’ve punched him instead of kissed him that first time, who knows where his life would be now?

That first kiss began an annual tradition neither of them ever dreamed of breaking. To them it meant as much as their wedding vows during their handfasting ceremony on Christmas Eve. At the stroke of midnight, they had been pronounced spouses for life under a large bouquet of mistletoe of course. Now here he was only three short days before another anniversary with his soul mate and expecting their first child. Life couldn’t get much better than that.

The SAR alarm sounded off, piercing his quiet moments of reflection. His heartbeat quickened as the adrenaline surged through his body. It’s go time! The rest of his search and rescue team hustled as details of the emergency sounded over the address system.

He slung his equipment bags over both shoulders and jogged toward the waiting helo. If luck was on their side, the impending storm would hold back a bit longer and the rescue should go off without a hitch. However, the Bering Sea had a life of its own, and at any moment their luck could change on a dime. As part of his routine on each mission, he bowed his head in prayer. Goddess, I ask you help us find these sailors and bring them home safe. Please hold back the waves until all are safe aboard with us and headed home.

Jolene turned up the emergency radio to hear the distress call. As the wife of a Coast Guard rescue swimmer, she had picked up the habit of keeping her radio always tuned to channel 16 whenever her husband was on duty during crab fishing season.  It was her way of keeping track of him and the fisherman she’d come to consider part of her family.

Her stomach clenched. She knew the wives of five of the fisherman on that boat. Two of them worked with her at the hospital. As one of the few registered nurses on the island, Jolene knew all the local families. Any kind of emergency brought them all together and it looked like today was going to be a doozy. Better get rolling. No point in trying to go back to sleep. Might as well head in and start my shift early.

She tossed the covers back and slowly slid her swollen feet into her fuzzy slippers. There was no way she’d walk barefooted over the freezing hard wood floors this time of year. Although at eight and a half months pregnant, the cold often felt good when they were as swollen as they were at the moment. She stopped her shuffle to the bathroom and slipped her right foot out of the slipper and onto the floor. The chill radiated up from the floor, taking her breath away, and that was before her sole even made contact. She shoved her foot back into the warm slipper and continued on with her morning routine.

The hot water of the shower worked out all the kinks in her back as she ran the washcloth over her ever-expanding belly. “Well, little one. Your daddy is heading out on another day to save lives. Don’t you worry, though. He’ll be here for our kiss under the mistletoe. This same time next year, you’ll be joining us there, but this time you’ll just have to settle for kicking him through my belly."

In response, she watched as a little foot made its way across her stretched skin and gave her another kick. She smiled as tears rolled down her cheeks. These were the things Steve missed out on when he was underway. It’d taken them nearly ten years to finally get pregnant, and now she had to experience all the little things alone. Keeping a detailed baby journal helped her husband stay in the loop as did their Skype calls, but somehow it wasn’t the same.

Six other times she’d managed to conceive, only to have their excitement dashed a few months later with miscarriages. This pregnancy was the only one nearly to term and so far everything had gone without a hitch—for the baby that is. Jolene suffered from debilitating morning sickness for her entire first trimester leaving her on bed rest for most of it. Two weeks ago her doctor dropped another bomb. She had gestational diabetes. It wasn’t unexpected, but just one more thing to add to the list of issues she had to go through alone.

As the steamy water continued to work on her muscles, she remembered the weekend they conceived their baby. Steve surprised her in the middle of her shift at the hospital with a dozen pale purple roses. He had won the lottery in his unit and gotten an extra two days of liberty. Lucky for her, the other nurses had been more than willing to cover the remainder of her shift.

As soon as they’d made it through the door of their condo, he had tossed her over his shoulder and bolted toward the bedroom. “I’m going to taste every inch of your body until you beg for mercy.”

When Steve Sanders became a US Coast Guard Rescue Swimmer nearly twenty years ago, he knew he’d have to put his life on the line with each mission. Unfortunately, only three days before Christmas, Steve has to come face to face with the real possibility he’d break his promise to his wife and not return back to her and their unborn child.

Jolene Sanders is nearing the end of a difficult pregnancy and looking forward to finally spending their wedding anniversary with her husband. However, her holiday spirits are shattered when a distress call from a sinking fishing vessel calls the Coast Guard into action and puts her husband’s life on the line once again.

Left behind in a life raft during the rescue, Steve’s fate is now at the mercy of the wicked Bering Sea. Will this truly be his last mission, or will a miracle bring him back to meet his wife under the mistletoe? 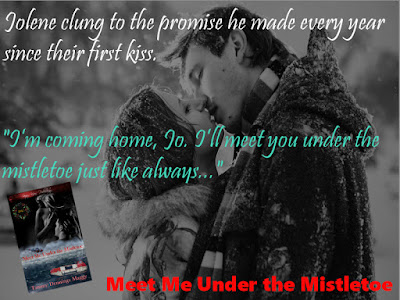 Now happily married to her own Muse and soul mate, she continues to live her dream and act as secretary to all her characters demanding to have their stories told.

Other Tales by Tammy Dennings Maggy

Poetry
Follow Me: Poetry from the Heart and Soul
The Courtship of the Vampyre

Season of Sun and Sin