Slip into a Daydream, Indulge in Fantasy #PNR 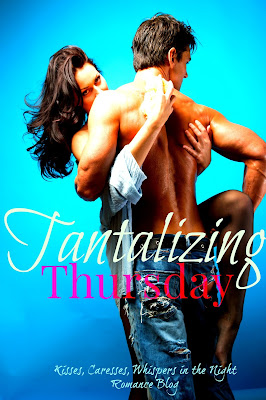 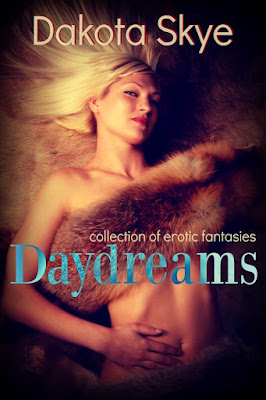 "Have you always been able to hear ghosts?" he asked.

His question stopped her in her tracks.

"You told Mary...I overheard you."

"Did I? I don't remember saying anything. You were there? How did you overhear me?"

"You ask a lot of questions rather than answering one."

She tilted her head to the side and laughed at his observation. "I've heard ghosts as long as I can remember. I learned long ago, though, that it was best not to admit such things or risk being called crazy." Her voice trailed off at the realization of how many ghosts had called to her in the past year that she'd forced away—had they been trying to warn her about Trevor? Had she been so disconnected from herself that she had turned a blind eye?

The laughter faded with memories of her ex. How could he have been such a vile monster and she hadn't had a clue? Again, she wondered if that stain would forever taint her life. Guilt for ignoring her intuition, for disregarding her friends' concerns, for standing up for him while he'd lied to her with every breath he took.

She stopped walking, released Fin's hand, and pressed her palms over her eyes.

What am I doing here? Why am I not back there fighting to get my life back, standing up for my reputation, holding my head high?

Because fighting had become so damn exhausting.

Fin pulled her hands away from her face and waited until she met his gaze before speaking, "You're too beautiful to be sad."

"You said that this morning," she whispered.

"You need to hear it again and again..."

He bent his head, hesitated a fraction from her lips, and looked her in the eye. Energy zapped between the space separating them like its own tiny electrical storm. The red scarf flapped around his neck and over her shoulder in the ever-increasing wind blowing inland from the Atlantic.

"I shouldn't kiss you. It crosses a line," he muttered.

"Fun begins on the other side of the line."

He smiled. "Sounds like something I would have said once."

"I'm saying it now." She snagged the scarf in her fists, and smashed her lips against his. To hell with it all, the desire she felt for him trashed all common sense and hesitation. Energy from the contact jolted through her body like one helluva prelude to an orgasm.

He crushed her against him and lifted her until only her toes dragged along the path toward the cottage. The howling wind, the smell of salt in the air, the flapping of the scarf against their faces—all disappeared in the heat consuming her body.

Fin pushed open the door to the cottage without taking his mouth from hers. In a frenzy of hands colliding with each other as fingers removed layers of clothing, they stumbled against a chair and landed in a tangle of limbs on the floor. He broke the kiss only long enough to pull his sweater over his head and looked her in the eye.

Afraid that words would destroy the spell, she bit her lip and squirmed free of her clothes without comment until only the flimsy lace of her panties and bra stopped them from being skin-on-skin.

He traced a long, calloused finger along her chin before smiling slowly, the scar on his lip and the fall of his black hair over his dark eyes making him look doubly dangerous in the glow of the firelight.

She slid her hands over his chest and felt the raised skin of scars crisscrossing his skin. Fascinated by the shivers of electricity that shimmied through her blood at the slightest caress, she ached for more...and more...and more.
He nibbled her neck before his hands squeezed her breast through the lace. His hard cock pressed against her thigh as his thumb teased the raised nipple that threatened to poke through the thin material. With a growl low in his throat, he reached down and ripped the bra in two before capturing her breast with his mouth. He sucked, licked, and squeezed until she whimpered for mercy.

She sank her fingernails into his shoulders and slid her feet over the backs of his legs, aching for him to be inside of her. The more desperate she felt for satisfaction, the more he slowed his movements—as if torturing her were part of his plan.

He left one breast and moved to the other with a slow deliberation that had her writhing on the floor.

Frustrated, she slapped the floor with a closed fist and lifted her head to watch as he moved his lips along her abdomen. Still afraid to speak for reasons she didn't understand, she bit her lip so hard that she tasted blood on her tongue.

He glanced up long enough to grin at her before ripping her panties off her body and tossing them toward the fireplace. With a gleam in his chocolate-colored eyes, he pushed her legs wide apart. He slipped his fingers inside her, the same electric current that had been rippling over her skin now surged inside of her.

She gasped and dropped her head back against the wood floor. The fire snapped less than a foot away from her head, its embers floating up the chimney, the only light in the room flickered with the movement of flames. She closed her eyes as one jolt of energy after another coursed through her body with the force of a tsunami until she screamed with an orgasm like she'd never before experienced.

Fin's lips returned to ravage her neck before his mouth claimed hers with a hunger that silenced her cries. He thrust his cock inside her while her cunt still quivered in climax. With one hand propped above her head and pulling her hair and the other squeezing her breast with incomprehensible strength and his girth stretching her with every plunging thrust, he owned her body.

She clung to his shoulders, wrapping arms and legs around him while their tongues played with one another and his hips slammed her into the floor.

He lifted his head and arched his back upward, their bodies fused as one, and shouted at the ceiling.

She held onto his hips and watched his body shudder over hers. The glow of the fire shadowed his body to perfection, the scars appearing almost alive with the movement of the flames.

He collapsed against her, his lips moving silently against the side of her face while his fingers curled into her hair.

"Stay with me," she whispered.

"That's my plan," he responded with a slight chuckle as he rose up on his elbows to look her in the eye.

She dragged a finger along the jagged scar on his shoulder and smiled. "You have stories to tell."

"You wouldn't believe them if I told you," he said against her lips before kissing her breath away once again.

Currently a special release exclusive to Amazon until April
Keep reading! This is only a taste of one of the three stories in Daydreams
Amazon 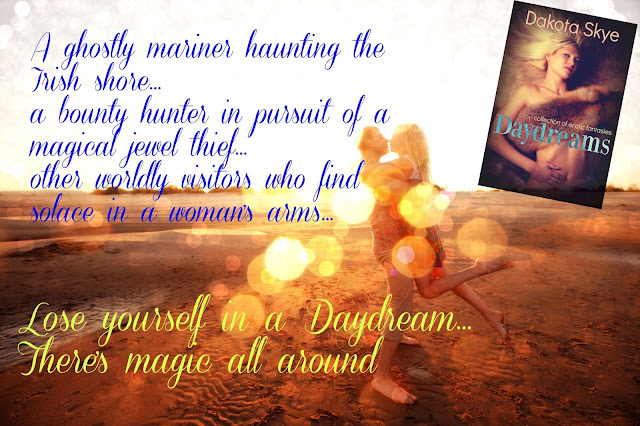 Lovely excerpt! Scarred heroes always appeal to me. I love both the assumed strength and vulnerability.

Love it! That part with the scarf is my fave.

This sounds so yummy! Definitely sharing with my readers...