The Anniversary That Never Will Be #love #relationships 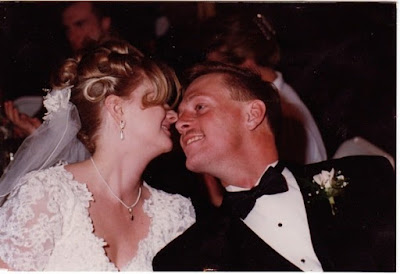 A letter to my children on what would have been their parents' 20th wedding anniversary:

Twenty years ago I woke up full of nerves and excitement. I was about to marry my best friend--the man who made me laugh like no other man ever had, the man who showed me he loved me by being ridiculously over-the-top romantic, and the man who would be your father.

My bridesmaids and I spent the morning at the salon drinking champagne and laughing about the wildness of the accelerated romance. He'd proposed to me after three weeks and we were getting married six months later. People thought we were crazy--some (a lot) tried talking me out of it! It's too soon, they'd say. Don't rush into anything, they'd say. It's not too late to change your mind, they'd say.

But it's true, sometimes just know when it's right and, yes, it had been love at first sight.

And it was right. No regrets here, not even today, twenty years later after he's been gone for so long.

I was there. I know the truth.

No, marriage isn't easy and it's not all a fairy tale. He suffered from alcoholism, but he fought the good fight to be sober. For you. For me. For himself. We had our ups and downs, but we loved each other so much that it was worth the fight.

We'd had plans on renewing our vows on our twentieth wedding anniversary. We wanted to stand on a beach on Grand Cayman at sunset with the two of you by our sides. We'd talked about it a lot when you were little, back when it was hard to imagine you both as the young adults you are now. When we spoke of it, we laughed and fantasized about all the what-ifs.

He died young and neither of you remember him as vividly as I do because you were also young. That's why I want you to know that love is real. It's tangible and worth the heartbreak. My time with your father still makes me smile. When I envision him, I think of that handsome blond man who made my heart skip a beat and who always managed to surprise me with a replica of my wedding bouquet at every anniversary. It didn't matter where we were--somehow he'd managed to have the bouquet there before we arrived. It became a sort of game for him--and it never failed to surprise me. That's the kind of guy your dad was. A romantic. A lover of surprises. A man who liked to make me laugh.

So don't let the years since his death taint you toward love--the years being raised by a single mom with our struggles and my worry. He wouldn't want that and I definitely don't. I want you to know that you were born of love, that you had two parents who used to dance in the kitchen while making dinner, who used to conspire about ways to hide Easter eggs in the snow so you'd believe that a big old bunny had visited, and who used to swing in the hammock together watching meteors slash through the night sky long after you'd fallen asleep.

You come from love. No matter what people may say about the way your dad died or the fact that I've remained single this long. You need to know that this twentieth anniversary date makes me smile with memories of your dad dancing in his tuxedo, friends who wished us well, and a late night jaunt to the airport for us to head off to our honeymoon.

No, we never made it to that vow renewal on Grand Cayman at sunset. But that love that we shared? That remains. I see it in your smiles and hear it in your laughter. I see him in your eyes.

I hope that each of you finds someone who is goofy and wild and kind and over-the-top romantic. He would literally shout, "I love this woman" when we'd be out and scoop me up as if wanting to show me to the whole world. I want that kind of love for the both of you.

That is why I still honor that wedding day even though I am now a widow--because it's always a good thing to remember the love, to honor it, and to shout to the whole world, "I know what love is!"

Keep your hearts open to love. It's real. It's worth it. 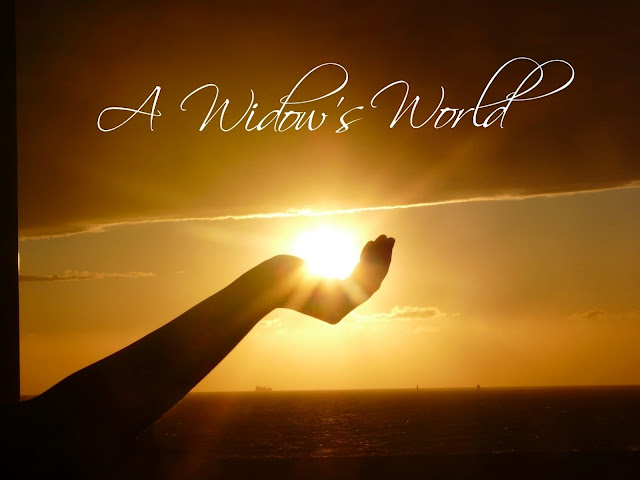 Posted by Amber Lea Easton at 2:59 AM