Channeling Your Inner Warrior as a Mom #parenting 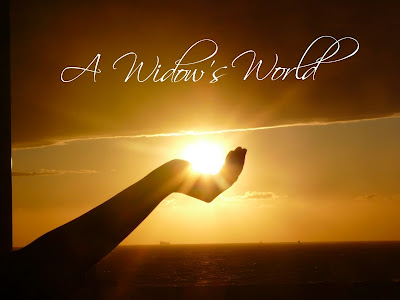 My children returned to school less than three months after witnessing their father's suicide. He'd died one day before summer break. At first, I hesitated sending them back, but people assured me it was the best thing to do. They'd been traumatized and hadn't yet absorbed the magnitude of the loss--none of us had, not really.

I should have listened to my gut.

Fourth grade teachers misunderstood my daughter's sudden shyness as a learning disability even though she had been advanced in third grade before tragedy took us by surprise. All knew about the loss our family had suffered, but I learned quickly that knowing something and understanding how to deal with it are two different things.

My son's second grade teacher heaped on extra homework on him, demanding he "snap out of it".  A once happy kid, he'd come home crying. The teacher said he was moving so slow in class, seemed distracted, so needed to be punished with extra homework that the other kids in class didn't receive.

Our grief counselor visited the elementary school several different times to try to communicate the stages of not only grief but trauma, but her efforts only served to get me in trouble for sending in "outside" help.

My daughter was prevented from going to recess because she wouldn't read out loud and would cry. She was bullied by other kids who told her that her father was in hell because he'd killed himself. One of the teacher's aid confiscated a ring (fake ring) that I'd bought her over the summer on a weekend trip because she said it was a distraction--and she never returned it, not even to me. When my daughter--remember, only in fourth grade--came home with a black eye and a dislocated arm from being bullied on the playground, I was told that she deserved it because she'd been teasing the boy by taking a ball and running around the playground with it.

I went in that next morning--after calling the sheriff to report an assault--and withdrew her from the school. My son stayed--he was happy in the social sense--but my daughter was stiff with anxiety and there was no way I was taking her back there.

I was told by the teacher that day that my daughter had a learning disability (umm...no...she'd seen her dad kill himself and was only eight years old) and I was going to put her back a few grade levels if I took her out.

I said, "fuck it" and did what every motherly instinct inside of me told me to do.

I hadn't planned on home schooling. I thought home schooling was only for the ultra-religious or people who didn't want to socialize their kids.

I was winging it, much like I had done since the moment my husband had died. I told her to trust me, took her home, and figured it out.

We were lucky to live in a school district that had a program set up for home schooled students who wanted some part-time instruction. Two days a week, I drove her forty minutes away so she could study math and science, subjects I felt were way out of my comfort zone.

Not only did the teachers feel I was in the wrong, a lot of our friends did, too. They loved the school, thought I was overreacting, felt I was doing my daughter a disservice and perhaps that I was somehow "losing it" over my husband's death.

My family felt the same way. My mom thought I was going to "stunt her growth."

I did it anyway. More and more, I felt like the leader of a team of three, determined to do what I felt was best for my kids even if it ran contrary to popular opinion. I battled for them with grief counselors, coaches, teachers, family, friends. I was not only their mother, I was their warrior. Still am.

We did this for nearly three years until she was ready to go back to school in seventh grade. The words of the teachers and everyone else echoed in my mind...she'll be behind, you're screwing up her life.

That daughter of mine is now a sophomore at the University of Colorado where she is on the Dean's List with a 4.3 GPA majoring in neuroscience and pre-med. I think we did okay, don't you?

I sometimes feel like driving back to that elementary school where those same teachers still teach--the same ones who discarded a child going through such a severe loss and traumatic experience and who scolded me when I challenged their woefully wrong prognosis that she'd be held back in life because of my decision--and tell them exactly how amazing she is. I'm sure they'd remember us...our family tragedy was the talk of the town for a long, long time.

Sometimes being a parent means doing what you know is best for your child even if everyone around you undermines your confidence. It means being a warrior, strong in your belief not only in your child, but in yourself to make the right decision. It means looking like a fool to the outside world and ignoring the derisive comments.

I admit that I was winging it that day when I marched into the school and withdrew her. My hands shook as I signed the paperwork. It took every ounce of my control not to start screaming at the condescending staff who didn't seem to care that my eight year-old daughter who'd just lost her dad had been beaten up to the point of a dislocated shoulder and black eye--because she'd apparently been teasing?--as they spoke to me like someone with a learning disability about all the reasons I was doing the wrong thing. I kept my control. Did what I need to do.

We volunteered at the school once a week in my son's class. Perhaps I did that as a sort of 'screw you' to them, but I felt I was showing up to watch my son closely. He had a large group of friends--the social aspect was good for him. My daughter? She remained on swim team for her social connections. It all worked out.

But, oh, the comments she received. The doubts. The concerned glances. The downright rude questions.

Perhaps when she is actually a neurologist with her MD proudly displayed behind her name she can return to the elementary school herself and say, "Remember me?"

No regrets here. Was I scared that day? Angry? Yes. But I would do it again. Often as parents, we're all just winging it, doing the best we can in that particular moment of time, sometimes terrified that we're making a mistake. That's what courage is...being afraid and taking action anyway. As parents, we are warriors protecting our little ones and showing them that they have people in the world who will always be on their side.

Be good to yourself.
Amber Lea Easton
http://www.amberleaeaston.com 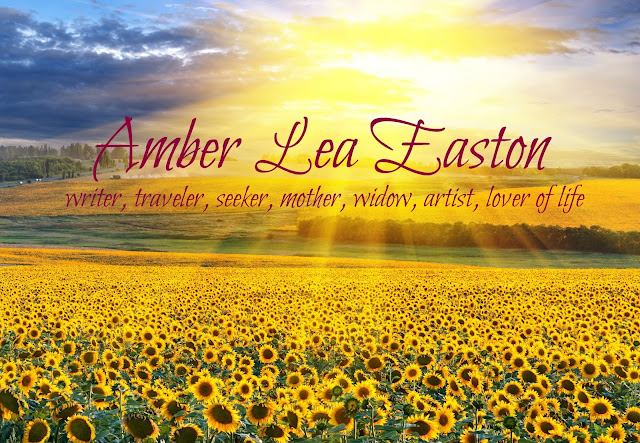 Posted by Amber Lea Easton at 8:24 AM