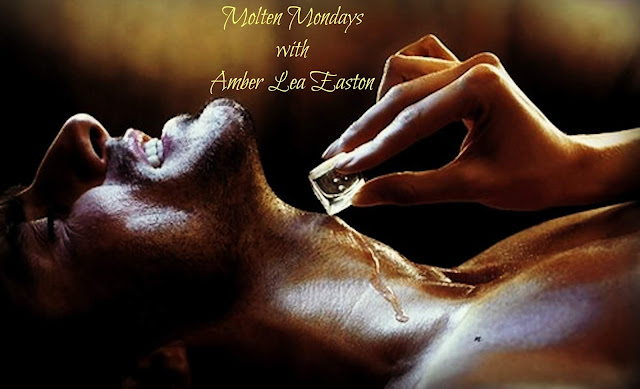 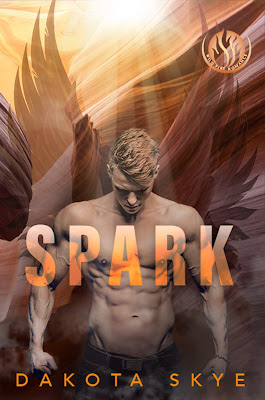 Calvin Ritchie wants solitude and isn't about to let a wildfire stop him from doing exactly what he wants. An action-adventure movie star, he is in Ouray for a weekend as far away from prying eyes as he can get. He is at a crossroads in his life. As part of a group of fallen angels that needs to either find redemption or be damned for eternity, Calvin is being tested by both light and dark forces.

When a sexy movie star wants to hire her to guide him into Box Canyon despite the wildfire raging miles south of town, local mountain guide Willow Leslie says yes. Never one to turn down an adventure—or a big payday—she ignores the warnings and trusts her skills as they head out for a holiday weekend.

Will Calvin find that spark of redemption he needs to rescue them from certain death? Can Willow learn to trust someone other than herself enough to let love melt her jaded heart?

She averted her gaze to the food before lifting it up toward the woods towering above them at the top of the canyon wall. "Did you hear that?"

He paused and listened. He heard something yes. A distant snapping. A hiss.

"It's a long hike back," she whispered. "We will need to start earlier than we did today."

"Yeah, good idea." He finished his meal and allowed the beauty of the night to settle in around them.

"Early to bed, early to rise?" She arched an eyebrow.

"I never understood that saying until this exact minute." He winked. "C'mon. Let's get naked. I need some dessert and you are looking mighty tasty."

He quirked an eyebrow at that. He liked someone knowing his secret—someone who wasn't a supernatural being. On impulse he dragged her to him and smoothed away the hair from her face. He could stare at her forever—the wild spray of freckles across her face, the bright blue eyes, the dark blonde hair, the high cheekbones, the full mouth that smiled under his scrutiny. He kissed her, eyes wide open, and indulged in the taste of her lips.

He stood and pulled her with him. He had an idea..."How would you like to do something that I have never done before with a woman?"

"Considering your reputation, that sounds kind of scary." She laughed as he pulled off her sweater and dropped it onto the camp chair behind her.

He smiled when the idea of danger sent sparks into her eyes. He slid his hands over her breasts, happy that they fit perfectly in the palms of his hands.

She stepped out of her pajama pants and tugged his sweater over his head before unsnapping his jeans with the confidence of a woman who knew she owned him.

When they were both naked, he pulled her gently into his arms and asked her, "Do you trust me?"

"I do." She curved her hands over his shoulders. "Whatever you're going to do...give me fair warning."

"Where's the fun in that?" He laughed against her hair.

His wings unfurled with a swoosh. He scooped her into his arms and took flight. She hugged his neck and screamed—but not out of fear, out of joy. She laughed against his throat and wrapped her legs around his hips.

From this altitude in the night sky, they could see the blood-red flames of the fires—one to the left and the massive one to the right. They were sandwiched between them, meaning the wind must have switched direction at some point to cause the Million Dollar Fire to jump the highway. He dipped to his side—she squealed with delight. He rolled through the air, holding her as tightly as she held him. She laughed against his skin.

He took her to a ledge above tree line, far from the fires and their camp, to a place only a few diehard mountain climbers and mountain goats would dare climb. He lifted her against the rock wall, his erection pressing against her thigh, and looked her in the eye through the night shadows.

Flushed, she leaned forward and kissed him with a sense of wonder and possession that stirred something in his heart that had never before been woken. He slipped his cock inside her and smiled against her mouth when she moaned his name. He ground and thrust himself into her. His wings extended for balance, he adjusted his hold on her ass with both hands before nibbling his way down her neck. With every thrust into her, she gasped and buried her fingernails into his shoulders.

Her entire body convulsed around him. He thrust himself as deep as he could go and came with a shout that he hoped echoed through the valley all the way into town.

Smiling, he fell backward off the ledge, sending them into a spiral fall where she screamed and laughed at the same time. He flattened out and they skimmed over the treetops on the way back toward their camp.

If he died tomorrow—which was a distinct possibility—he would die happy. That had never mattered to him before now, but now it mattered above all else. 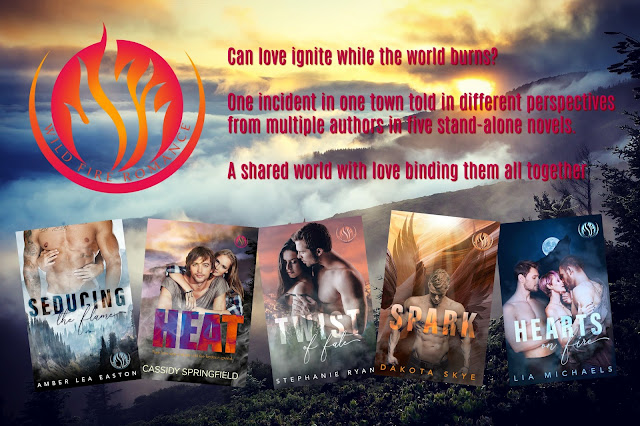