Love Ignites Amidst a Firestorm of Regret #RomanceReaders

The Wildfire Romance Series is a shared world where multiple authors tell the tale of a wildfire threatening the town of Ouray, Colorado, from differing perspectives. All stories are stand-alone books that share common landmarks, a few overlapping characters, and the same crisis situation. This blog hop connects all stories so readers can take a peek inside each one.
The link to various posts are below the excerpt.

This post features Seducing the Flame, Book One, of the Wildfire Romance Shared World Series. 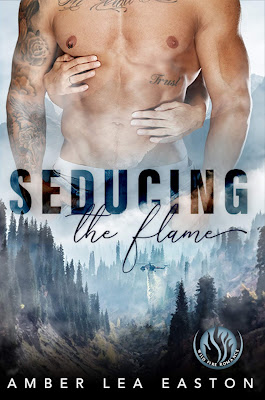 
Flames rip through southern Colorado and fire crews from across the US rush to battle the Million Dollar Fire. Devon Ross never thought he would step foot into his hometown of Ouray again, but as captain of the Flame Slayers—an elite fire jumping squad out of California—his call to duty thrusts him onto a collision course with his past.

Darby Shaw can't believe her eyes when she sees Devon at the makeshift camp for the fire crews. He had disappeared—literally—ten years ago and his possible whereabouts had become a source of town lore. Seeing him here, now, under these crisis conditions, creates a whirlwind of conflict within her. The last time she had seen him face-to-face, she had whipped him with her wedding bouquet.

There is an arsonist in their midst. When a second fire develops southeast of town, the life and death struggle intensifies.

Devon may be brave when facing down a fire, but is he courageous enough to confront his reasons for cutting ties with his family and friends? Can Darby come to terms with the depth of her past betrayal? Will the seduction of the flame be more powerful than love? With the fire roaring its way through the mountain landscape, time works against them as they struggle to heal what went wrong between them for a second chance at a what-if.

History brewed like a slow-burning fuse between them, yet they both chose to ignore it. She had no idea when or if they would ever have a deep discussion or all-out argument about what had happened ten years ago—but she honestly didn't know if it was necessary. Being with him now felt more precious and more important than dwelling on pain a decade old.

They walked in an easy silence through the series of log cabins nestled in their own corners of seclusion behind trees and bushes until coming to one that stood at the very end of the path. Devon stepped onto the front porch and sat in the swing. He tugged on the chains holding it to the ceiling before looking at her with a question in his eyes.

She remembered this cabin—it seemed to always be off the registrar, in a constant state of supposed renovation. She wondered if the Ross family—including Lester and Matilda—had a reason for keeping it as a sneak-away retreat for family only. She sat on the swing with him and tucked her legs beneath her hips while he moved it to-and-fro with his foot.

She took a moment to simply look at him. Age had treated him with kindness. He was more handsome now than he had been at twenty-three, which said a helluva lot. He was now one hundred percent man—no trace of the boy remained. Little lines shot out from the corners of his blue eyes. His face appeared sharper, more defined. And his mouth...she studied his lips as they curved into a smile under her scrutiny...she wanted the right to kiss him whenever she wanted. 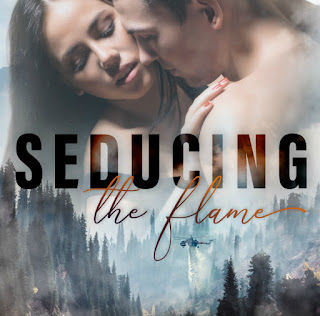 "Tell me about this shirt."

"Women go wild for me where ever I go—they try to rip the clothes right off of me. It's kind of embarrassing."

She laughed and linked her fingers through his. "I bet you go through a lot of shirts."

"I do. It's kind of problem. I've really needed to adjust the budget to account for it."

She wanted to say more than she had yesterday but had no idea where to start or how to begin. If she said too much, he could disappear. If she said too little, then she might always regret it when he left. With a sigh, she realized that both scenarios ended with him walking away.

He tilted her face up to his with his index finger and simply stared into her eyes. "I never wanted to hurt anyone. I thought I was doing everyone a favor by leaving."

She curled her hand around his wrist. "I know you did, that's why it's so sad."

He dipped his head and kissed her slowly. His hands moved down to her waist and he pulled her onto his lap. He kissed her neck while his fingers undid the buttons of her shirt until he pressed it open to reveal her bra. His head dipped into her cleavage. He hands reached around her back to undo the clasp to free her breasts from the purple lace. When his tongue flicked over her nipple, she gasped and clenched his head closer to her.

Every move, every touch, every kiss, every caress was done with slow deliberation. She tilted her head back and allowed him to make love to her breasts with his hands and lips and teeth and tongue.

She ripped the tattered shirt from his shoulders and tossed it aside. She laughed against his mouth as he muttered, "There goes another one."

They moved from the porch swing to the porch floor. She touched his tattoos on his chest and arms—some old, some new.

He brushed the hair from her face before claiming her lips with a tenderness that broke her heart. His hand kneaded her breast, his thumb teased her nipple, his knee parted her thighs. She arched her hips against him, craving connection.

"Devon! Are you out here?" Lester. "Kiley said you were out this way. Devon! Oh, sorry, oh, I, uh," Lester darted behind a tree.

"I'm kind of in the middle of something, Dad." Devon laughed against her neck and whispered, "Don't move. My dick's about to bust out of my pants. Give me a minute to think of something else."

"Someone named Tucker is here looking for you. He said there's been a development back at the camp but you left your phone in your tent so he drove over," Lester explained his interruption.

Devon moaned against her hair, gave her breast a final squeeze, and pushed himself up so he could see her face. Eyes full of regret and desire, he sighed. "Duty calls."

She kissed his neck and whispered against his skin, "What a damn shame."

He pulled her to her feet, bent close to her ear, and whispered, "It didn't work with the teacher because she wasn't you."

Stunned at Devon's admission, she said nothing as she adjusted her bra and shrugged back into her shirt. Once again, she watched Devon walk away and wondered if this would always be the way it was between them—her in disarray watching him leave. 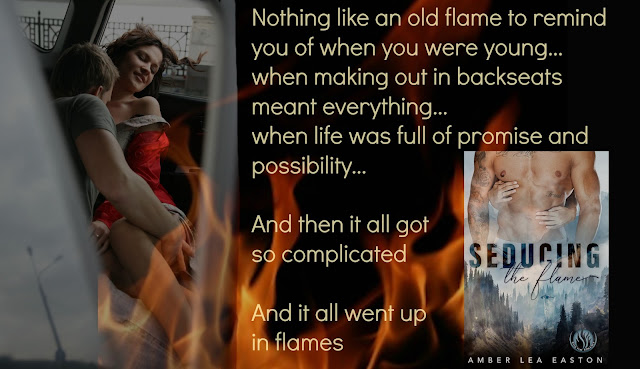