An excerpt of book two, Sinful Ghosts at the Stanley Hotel...

"What do you want, Bethany?" he asked with impatience.

She sat on the edge of the bad and faced him. "I want us to be okay."

"By okay, are you referring to our near death experience or sex on the beach? We've done both many times and are technically okay." He lifted a rum bottle up to eye level before unscrewing the lid. "There's a ghost in the room...her name is Annabelle, at least I think that's what she said...so we're not alone." 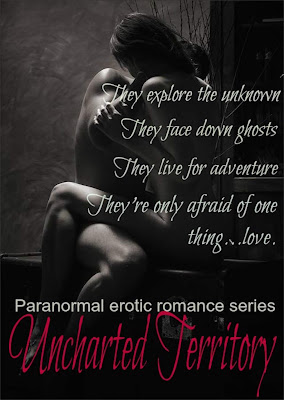 "Stop turning everything into a joke." She scooted closer and snagged a stray bottle with her fingertips. "There's no ghost named Annabelle. Once again, you're changing the subject."

"You need to get your act together." She moved another inch while her gaze roamed his face. "We're here surrounded by the best paranormal teams on the planet. We need to be at the top of our game. I need my partner, the one with the charm and the wit, not the surly ass I'm looking at right now."

"Surly ass? New one." He dropped his head back against the pillow and looked at her through narrowed eyes. "You want me to be fine? Okay. Tell me why you treat sex with me the same way you treat lunch with a girlfriend."

Her jaw dropped open and eyes widened. "Wh-what? Why would you even make that comparison?"

Sick of her games and casual attitude about everything, he grabbed her shoulders and yanked her toward him until they were a fraction of an inch from each other's faces. "Think about this when you're downstairs flirting with Zack."

He crushed his mouth against hers with brutal force. He'd been craving contact for a solid fourteen days and her nonchalant attitude had pushed him beyond the edge of control. He shoved his tongue into her mouth and groaned at the primal urge that surged through his veins.

When she gripped his shoulders and kissed him back, his strategy switched from punishing to seducing. He moved his hands beneath her sweatshirt to the bare flesh of her back before sliding up to unsnap her bra. He twisted until they lay entwined on the bed.

She bit his lower lip, eyes wide open, and grabbed his face between the palms of her hands. "We can't keep falling into bed together."

"Why not? We both want this." He shifted his weight to rest his hips between her legs while his hands found her bare breasts beneath the lacy bra. "Let's make that leap from partners and friends to full-time lovers."

Her eyes darkened, fingers caressed his cheeks, and her chest arched toward his despite her words, "That would be a bad thing, Josh."

"Why? Why would it be a bad thing?" He kissed her chin before sliding his mouth over her neck. He squeezed her heavy breasts. His cock strained against the zipper of his jeans.

She wiggled from beneath him and staggered off the bed. Bracing herself against the wall and looking at the floor, she shook her head. "Take a cold shower and meet us all downstairs for this fan thing. When you're ready to have a serious discussion with me that involves both of us keeping our clothes on, let me know. I'm in the room next to yours."

He rolled onto his back and blinked at the ceiling. "You are the most exasperating woman on the planet."

"You bring out the best in me," she said as she walked toward the door. "Do something about that bulge in your pants."

"I thought you were going to help me out with that." He hit the mattress at his side and sent the travel-size bottles rolling toward the edge.

"Damn it, Josh. Just...I can't think straight when you touch me, is that what you want to hear?" She hesitated before opening the door. "Yes, we need to talk because we have a show to do, but I'm not the coldhearted bitch you paint me to be. When you're ready to act like an adult—"

"I thought that's what I was doing." He twisted his head to look at her back and grinned. "Come back to bed, Bethany. You know you want me."

She shook her head, muttered something he couldn't understand, and left him alone with his hard-on and regret.

"Jonathan,"the ghostly whisper made him laugh out loud.

"No, honey, I'm not Jonathan." He closed his eyes and tossed his arm out to the side. "I wish I were, though. Right now I wish I were anyone but me, someone with a simpler life."

Read all excerpts on the series site where buy links are also included for each book OR the paperback that includes all six! 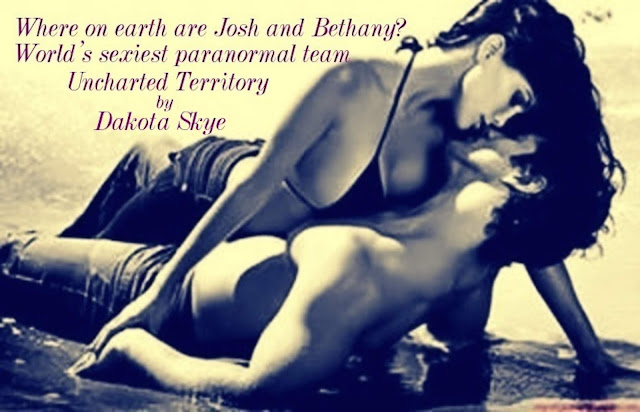 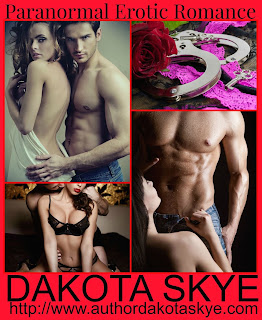