Going After the Heart...my review for Open Mic Monday 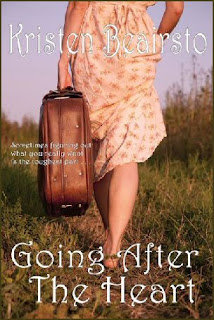 Blurb
Lizzy Bergstrum thought she finally reached a point in her life when she could honestly say she had it all.  A thriving writing career.  A wonderful daughter.  And a marriage to the love of her life.  But looks can apparently be deceiving because her husband just walked out on her and their eight year old daughter hates her.

Gavin Bergstrum can’t handle the direction his life has taken.  Not only did he get laid off from his job, but his wife seems to barely remember he exists.  Convinced he’s tried his best to change things, he begins to wrestle with the possibility of divorce.  But he can’t think straight in the same house as Lizzy.  Hating to leave his daughter, but needing time to think and come to terms with what he feels he needs to do, Gavin decides to return to his small home town in Oregon and stay at his family ranch with his father and brothers.

In shock, Lizzy gives Gavin his space.  But as time passes and he doesn’t say a word about their marriage, Lizzy decides it’s past time she takes matters into her own hands.  Without a word, she follows Gavin to Oregon.

Now facing a daughter who blames her for everything, an irritated husband, and a small town that feeds on the drama, Lizzy finds herself trying to figure out how to convince Gavin to give her another chance, teach her daughter it takes two to make a successful marriage, and overcome her own insecurities – all without compromising who she is.

Priorities in life are the core of this novel, Going After the Heart.  It's something we can all relate to--the balance between career, relationships and self.  Busy author, Lizzy Bergstrum, faces the harsh reality that her priorities are indeed out of whack when her husband takes off to "clear his head" and leaves her with a sassy little girl and a lot of regret.

But is there hope for their marriage?  Can they repair the damage done by neglect and miscommunication...or non communication as the case may be?  It is the very premise of this novel that drew me to it in the first place.  I enjoyed the characters, ended up having a great deal of affection for all of them, which is key to making a good novel.

Going After the Heart is a sweet romance with elements of real life that we can all understand, even if we haven't been in a situation where we're fighting for our family.  The author has a great story telling ability and excellent grasp of what's motivating her characters.  These are nice people...I rooted for them, I wanted more than anything for them to get their happy ending.  When an author gives you characters that you wish were your friends, it's like being given a gift.  This is a book that will leave you smiling.

Although I love the premise and characters in this story, I have to say that there were writing craft issues that got in the way of me enjoying the novel to it's fullest. Writing craft snafus can often become roadblocks, which is what happened here.  Head jumping between characters within the same scenes--paragraph to paragraph at times--were confusing.  Also, telling rather than showing in certain places throughout the novel slowed the pace to the point where I'd need to go back to re-read a section. Because of those hiccups, I'm giving it 3.5 out of 5 kisses.

Going After the Heart definitely snagged mine and left me smiling.  What can I say? I'm a sucker a good love story. 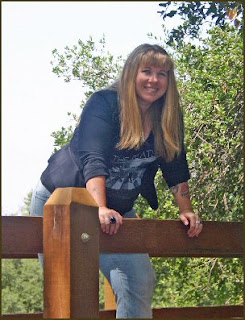 About the Author
In between her to-be-read pile and trying to bring the characters in her head alive, Kristen spends as much time as she can with family and friends.  Much to her husband’s dismay, she enjoys collecting purses, shoes, and jewelry.  During those rare times she’s not working at her day job, rushing her daughters somewhere, watching movies with her husband, and trying to meet a deadline, she can usually be found energetically cheering for one of her favorite New York sports teams.

As with just about every other writer on the planet, Kristen grew up an avid reader.  She started with young adult before she technically hit the age range and moved on to sci-fi classics by Isaac Asimov and Ray Bradbury.  At fifteen, her best friend gave her a book she just had to read!  The book was Honest Illusions by Nora Roberts.  Always a sucker for a happy ending, she was a goner and fell in love with the romance genre.  Having started writing novel length stories at the age of eleven, Kristen’s stories all took a romantic turn from that point on.