Where Love Takes You...Is it love or lust at first sight? #romance #asmsg

Today's encounter is from "Where Love Takes You" by Rebecca Scarberry. Let's see what we think...is is love or lust--or something more complicated--at first sight? 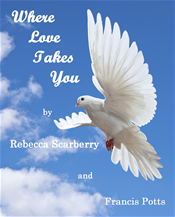 When they first meet...