The Mafia's in the House and the Temperature is Scorching! #EroticRomance

18+ Content
Alisa Anderson and Cameron Skye take center stage today on Kisses, Caresses, and Whispers in the Night. We're getting a taste of their new release, Fallen Angel: A Mafia Romance-Part 3 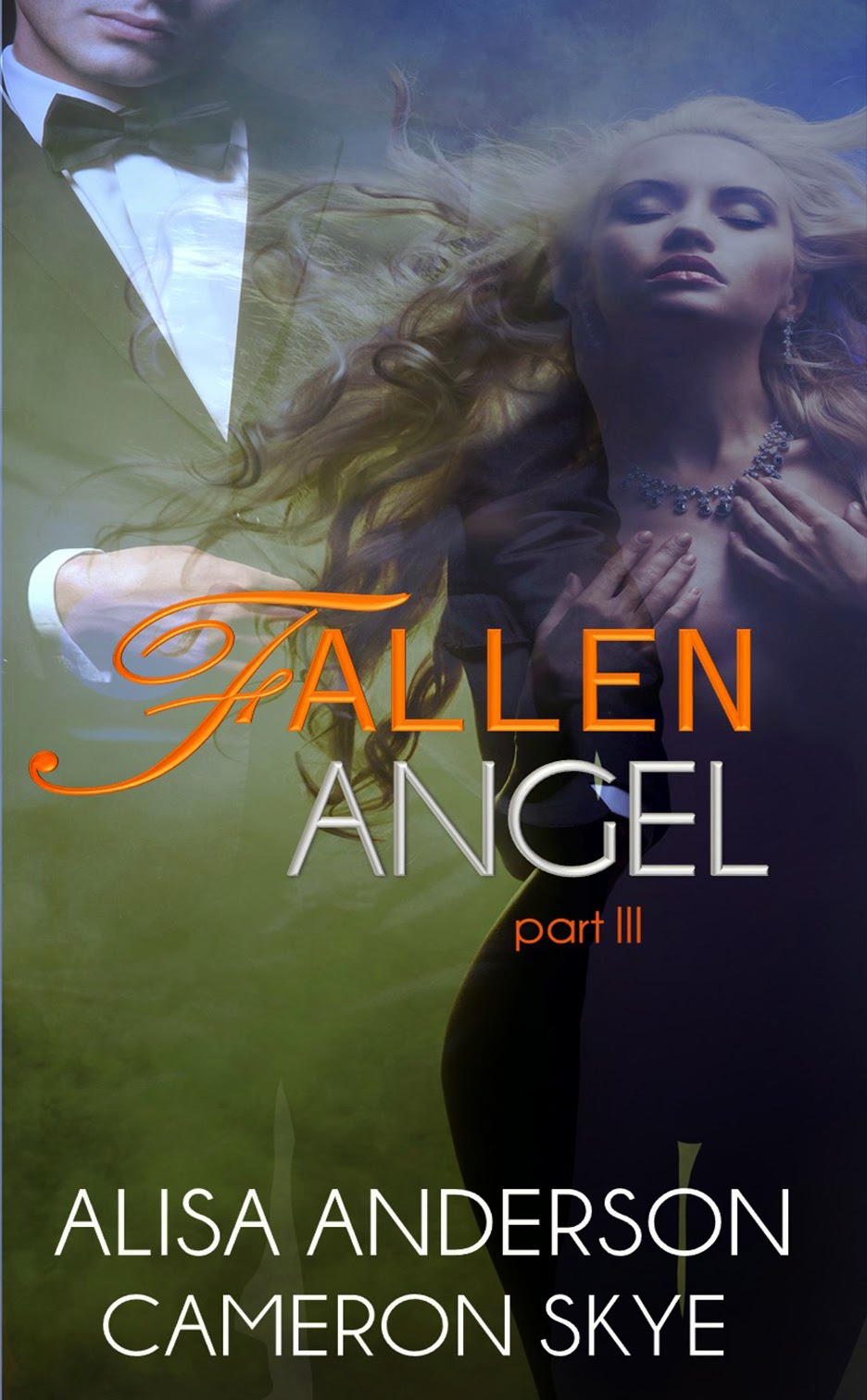 "Fallen Angel is a dark, tasty appetizer with echoes of "The Sopranos." It's like picking up a Lindt truffle on your way out of the store. There's just enough to wake up your taste buds, or in this case, other parts due south." - Margo's Red Light District
"Gritty, sexy and with a strong but vulnerable female lead. Fallen Angel is a surprisingly good read." - Ingrid Hall
"Is Jess going to get sucked into a world with Nick that will destroy her or will she bring Nick to the other side and they find happy ever after? I will be grabbing the next book soon. I need to know more about this story and what the future holds." - TBird, Crystals Many Reviews
"Fallen Angel is a quick and sexy read. I hope to get the chance to read the next installment. I want to know more about Nick and the dangerous games he's playing. - Angela, Crystals Many Reviews."
Join the Family!  Part 4 coming January 9th
#FamilyAboveEverything

He was the sexiest, scariest, most dangerous man she had ever met.

And now, it seems…the danger was hers as well.

Passion, lust and emotion explode in part 3 of Fallen Angel, with a cliffhanger that leaves you shocked, stunned…and wanting more.
***Fallen Angel is a mafia romance serial novel released every 4 to 6 weeks, at approximately 8000 to 11000 words each. Due to sexual content, implied and actual scenes of abuse, violence, organized crime, language and frequent illegal drug use, we recommend this to mature audiences, ages 18 and over, who are comfortable with this subject matter.***

“Get on all fours.” He ordered.
She quickly complied. He moved behind her, nudging himself firmly between the soaking lips of her labia.
“Fuck me. Please baby.”
“No. You haven’t earned my cock yet.”
He caressed her ass checks, before messaging them firmly. He cupped his hand, swinging forward and smacking her bottom. She cried out from the initial sting. He caressed her cheeks once more, feathering his fingers over her before smacking her ass again. Her cheeks burned against his assault, turning crimson.
“Oh my God, Nick. Sweet Jesus. This is new. Spank me. Fuck.”
“We haven’t set a safe word, so no more of that.” He nuzzled the crook of her neck, whispering in her ear.
“At least for now. One day soon, though.”
She inhaled sharply, as he dove two fingers in one smooth stroke inside of her. She cried against the pillow when he added a third, moving his thumb to circle her clit. He curled his finger, rubbing against her g-spot. Desire built inside of her, white hot flames of sensation and emotion.
“Nick, please. Please…please let me have you.”
“Does he fuck you like I do?”
“No. Jesus No. No. No.” She half-laughed, half-sobbed. “Are we still on this?”
“Sweetheart,” He moved up as she pushed back against him. “We never left.”

Alisa Anderson
well...alisa did stuff and is still doing stuff. only now she has two boys crazy enuff to want her as their mommy. hey, at least she tried to warn them, so her job is done. she doesn’t like to capitalize, partially because she likes how lower case letters look visually, but mostly out of laziness. please don't judge. it could be you. and she would say, hey. you're alright, buddy. you're ok in my book. now c'mere for a hug. the hug might be pushing it. air kiss? you are strangers, after all, with only a mutual love of poor grammar.
​she lives for a world full of controllable anatomically correct, android men programmed to meet her specific feminine needs (wink, wink, nudge, nudge with a big waggle of the eyebrows). who look like the rock. and ian somerhalder. and idris elba. and that's it she promises. variety. gotta have variety, right?
​but alas...apparently that exists only in johanna lindsey's genius mind. so until then, she enjoys her incredibly warped sense of humor. she reads tons of erotica and romantic, drippy goo that makes her heart go pitter patter. then she thought, hey. what, she said to herself. (softly, of course, so no one finds out she is indeed, 2 nuts short of a fruitcake) maybe you should write this stuff too. maybe someone will like it and maybe buy it. so she said, huh, you think? then she said, well...yeah, i wouldn't have suggested it...(inserts sarcastic tone) and then she was like lose the attitude, ok? then she was all, would you just shut up and write, already? sheesh! and she did. :)
Cameron Skye
When Cameron is not in the lab working toward a Ph.D., in Neuropsychopharmacology, which in laymen's terms is basically finding the effects drugs have on mood and behavior, she is writing stories, crating vivid, intense characters you will never forget.
She believes while life can take you down every path but the right one, eventually everyone will find their happily ever after.

Nick Roman from Fallen Angel: A Mafia Romance (http://amzn.to/1xsreTy) invites you to come play with him in his playground and partake of his girls.
Welcome to the Girls of Takers, where women grant wishes every night...If the money's right.
Warning: Seriously HOT Book. Contents may explode under pressure. Viewer Discretion is most certainly advised. ‪#‎Erotic ‪#‎Shortread ‪#‎voyeurnightclub ‪#‎mfm ‪#‎Serial 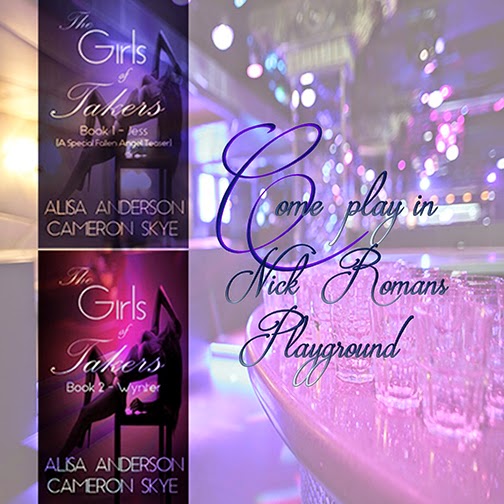 Posted by Amber Lea Easton at 1:05 AM