Phoenix Rising--Seriously, you gotta #read this!

It's new release time for the fabulous author, Hunter S Jones. This historical fiction novel will captivate you. 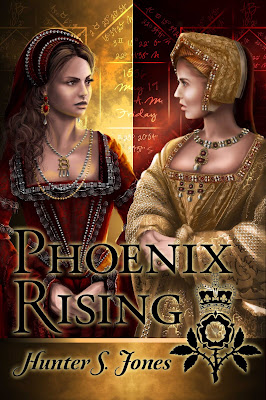 Blurb...
The last hour of Anne Boleyn's life...
Court intrigue, revenge and all the secrets of the last hour are revealed as one queen falls and another rises to take her place on destiny's stage.
A young Anne Boleyn arrives at the court of King Henry VIII. She is to be presented at the Shrovetide pageant, le Château Vert. The young and ambitious Anne has no idea that a chance encounter before the pageant will lead to her capturing the heart of the king. What begins as a distraction becomes his obsession and leads to her destruction.
Love, hate, loyalty and betrayal come together in a single dramatic moment... the execution of a queen. The history of England will be changed for ever.
~
PHOENIX RISING is the last hour of Anne Boleyn as told from the descendant of the astrologer/physician of King Henry VIII. She uses the 'star map' – astrology chart - used by her ancestress to reveal the stories hidden in that hour. Characters include King Henry VIII, Anne Boleyn, Jane Seymour, Sir Francis Bryan, Thomas Cromwell, Ralph Sadler, Mary Tudor, Eustace Chapyus, Elizabeth Howard Boleyn, Elizabeth I and the Swordsman of Calais.

"Compelling, captivating and moving."
-Claire Ridgway, The Anne Boleyn Files
~~~
"Historically accurate yet suspenseful - although we know the ending, this page-turner has many surprises."
-Dr. Beth Lynne, Editor
~~~
"An interesting look at the events of May 19, 1536 from an unexpected angle!"
-Cyndi Williamson, blogger, QueenAnneBoleyn.com
~~~
"Anne Boleyn is unarguably one of history's most fascinating and controversial women. Temptress, opportunist, witch, adulteress, or martyr? Generations after her death, we're still intrigued by her rise and fall. In Phoenix Rising, Hunter Jones transforms the legend into flesh and blood. You don't want to miss this clever and marvelously entertaining account of Anne Boleyn's last hour."
-OCMD, Amazon Vine Reviewer
~~~
"Thought provoking, esoteric and heart wrenching." -
-R.J.Askew, blogger, reviewer, author and journalist. 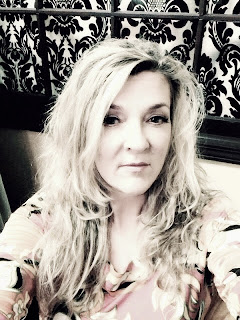 
Deb Hunter writes fiction as Hunter S. Jones. Her best-selling poetic romance novel-September Ends-won awards for Best Independently Published Novel and Best Romance, based on its unique blending of poetry and prose. The Fortune Series received best-selling status on Amazon in the Cultural Heritage and Historical Fiction categories. She has been published by H3O Eco mag, LuxeCrush, Chattanooga Times-Free Press, and is now a freelance contributor for the Atlanta Journal Constitution. She has recently been accepted into the prestigious Rivendell Writers Colony. Her arts, music and culture blogs on ExpatsPost.com are filled with eclectic stories regarding music, writing, the arts and climate awareness. She lives in Atlanta, Georgia with her Scottish born husband. Her undergrad degree is in History with an emphasis on the English Renaissance and Reformation.
Posted by Amber Lea Easton at 11:43 PM