Happier than a Billionaire #BookReview #Memoir 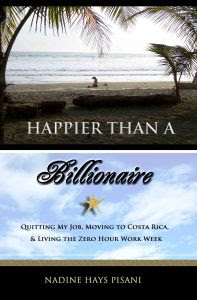 I'm a dreamer. I'm also someone who craves an adventure and enjoys exploring new places. Because of those things, I often daydream about selling everything I own, packing up my pets, and relocating to a tropical paradise where I can open a beach bar and chill with the tourists by night--write by day in a hammock. 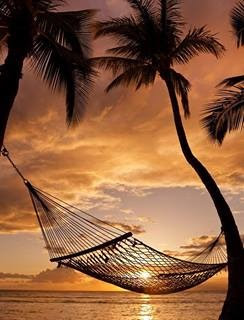 The older I get--and I'm not that old in the big scheme, I know--the more the fantasy feels like a possibility. I've been following Happier than a Billionaire on Facebook along with several other ex-pat groups in Belize and Costa Rica. I mainly lurk and watch their discussions about the "real life" of living in such a place. Is it as good as it seems in my dreams? 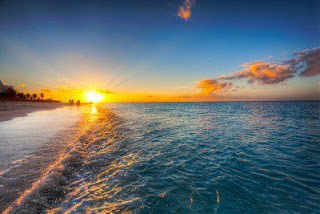 Last week, I picked up the memoir by Nadine Hays Pisani called, Happier than a Billionaire, which is a memoir of her big move to Costa Rica. I couldn't have been happier myself for giving it a read. I enjoyed her descriptions of the country's magic and mayhem. She's honest about her reasons for giving up her career as a chiropractor and making the leap to becoming an expat. I felt myself laughing out loud at times with her descriptions of her husband--who I would love to meet in person--and the somewhat crazy characters she encounters on their journey. I teared up at times, perhaps because her observations about life touched something deep within my heart that I related to on core level. My one and only criticsm is that I felt there were too many recollections from the past that could have been shortened a bit or outright eliminated to keep the focus on the move. None of it took away from my enjoyment of the book, however, and I strongly recommend it to those of you who love a good laugh and enjoy living vicariously through others. I will definitely read the sequel.

Want to know more? Follow Happier than a Billionaire via their blog or Facebook page. And pick up the book! Not only is it funny, but it's also an education about immersing oneself in another culture. 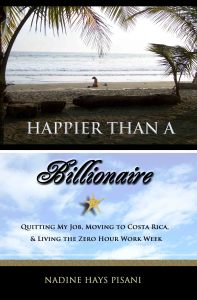