He's been searching for his daughter for three years... #newrelease #romanticsuspense EXCERPT!

I know it's been awhile since I've posted. The end of 2019 nearly killed me---literally. I was attacked by a dog and nearly died. (Like I keep saying, my life is stranger than fiction.) The recovery has been long and exhausting. Just when I am feeling capable of going out--BOOM--lockdown for the virus! But, it's the perfect time for new release! Yay! Take a look at Hourglass, a romantic suspense novel about a man searching for his missing daughter and the private investigator who gives him hope. Now available worldwide in all ebook formats and paperback! Enjoy! 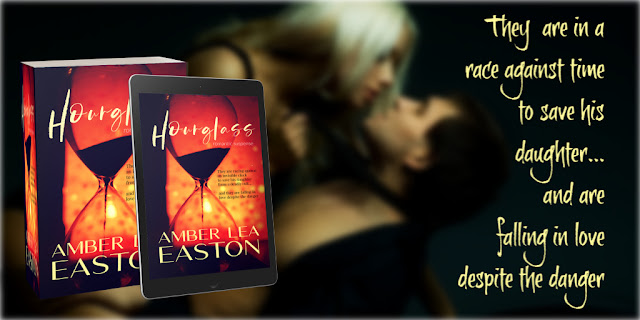 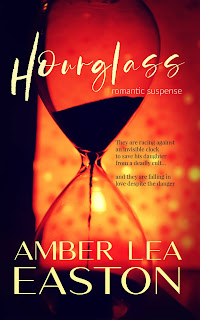 Mason James is searching for his missing daughter who disappeared off the street three years ago. His search has cost him his career, his home, and now he's living off his savings--but there is no price too high to get his daughter back. His journey has taken him across the country to Portland, Oregon. He knows he is close because dangerous things begin happening--car tires slashed, a gunshot grazes his arm, and menacing shapes within shadows begin appearing everywhere. Is he paranoid or has he finally stumbled on the right clues to saving his little girl?

Palmer Novah is a private detective who specializes in finding missing people. She normally doesn't work pro-bono, but there is something about Mason's plight that stirs her jaded heart into helping his cause. As she digs into the details, she discovers a deadly cult may be holding his daughter. Danger intensifies as she peels back the layers of the mystery surrounding the disappearance--and so does the desire to know Mason on a deeper level.

Together, they dodge unseen dangers that lurk in shadows while knowing that their time is running out. The closer they get to discovering the truth, the higher the odds that Mason's daughter will be moved and perhaps lost forever. Is the intensity of their attraction simply a result of adrenaline or is there a chance it could be real? Can their fragile love survive if their search is unsuccessful or, worse yet, tragic?

Keep reading HOURGLASS by getting your copy now! 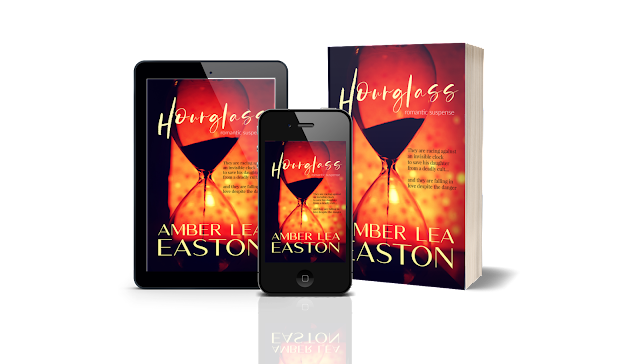 Posted by Amber Lea Easton at 4:16 PM No comments: